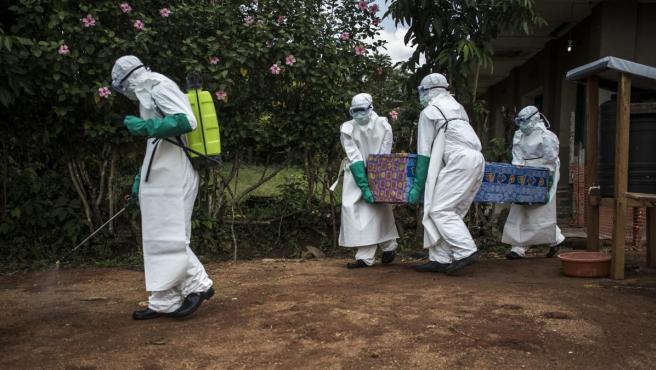 From remote corners of the African continent and the Philippine jungles, devastating outbreaks of a sinister disease periodically emerge that bleeds its victims. It is the Ebola virus , and it is one of the deadliest diseases humanity has ever known.

What is Ebola? What are your causes?
Ebola virus disease is a serious and often fatal human infection caused by several species of viruses belonging to the Ebolavirus genus , which in turn is a member of the Filoviridae family together with the related genera Marburgvirus (Marburg virus) and Cuevavirus. (the only species discovered in bats in the Cueva de Lloviu, in Asturias).

It is a virus that has its natural reservoir in bats, where it has lived for at least 25 million years, and can also affect other species (African monkeys, chimpanzees and other primates, pigs …), but which Since 1976, the year it was first identified, it has been known that it can be passed to humans by zoonoses through contact with the blood, feces or urine of these species.

Once this happens, it is highly contagious between people and is transmitted by bodily fluids (vomit, blood, feces, semen, vaginal discharge …) and contaminated objects. In addition, it can be infected once the host dies, which is why funeral ceremonies for those killed by Ebola are high risk.

What are your symptoms?
The situation caused by Ebola, whose virulence varies according to the virus species (the most lethal being the one baptized as Zaire, which in some outbreaks caused 90% mortality ) begins suddenly between 5 and 10 days after the infection and progresses rapidly.

The first symptoms resemble those of the flu and include fever, severe headache, joint and muscle aches, chills, and weakness. In many cases, the patient also experiences diarrhea, vomiting, and loss of appetite; and, in rare instances, respiratory and skin symptoms. In this phase it closely resembles other tropical fevers such as dengue or malaria.

After this phase, after 5 or 7 days, the hemorrhagic phase begins , with bleeding from the mucous membranes and puncture areas and internal bleeding. Other symptoms and complications also occur, such as multiple organ failure, jaundice, delirium, seizures, coma, and shock. Normally, death from the disease occurs about two weeks from the onset of symptoms.

People who recover face a slow and difficult recovery in which they still experience various symptoms, such as hair loss, sensory changes, hepatitis, weakness, fatigue, headaches, eye inflammation, and testicular inflammation. In these cases, the virus remains in the body for weeks.

How is it treated?
There is still no proven effective treatment for Ebola, so the only possible strategy is to support (rehydrate) and address the patient’s symptoms.

To do this, the patient is given fluids , their blood pressure is maintained, oxygen is given if necessary, blood transfusions are given, and possible secondary opportunistic infections are treated.