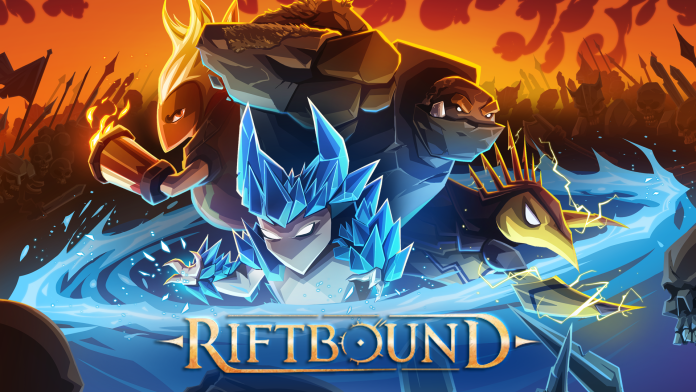 MELBOURNE – May 12, 2022 – Riftbound, the strategy survival lane defense game developed by Barrel Smash Studios, summons spirits and magic spells to defend its realm on Steam for Windows PC today, with a 10% launch discount for the first week.

Mastering magic is no small task, especially when a wicked Necromancer returns from an otherworldly prison to threaten all who stand in his way. Guided by the wise Great Oak, a young spellcaster must rise to the occasion and learn to harness their innate magical aptitude to fight back against the Necromancer’s skeletal legions and banish the evil forces from the realm.

Amass an army of evolving elemental creatures to stand against enemy forces in strategic, real-time showdowns. Discover an arsenal of over 40 spells, elemental evolutions, and combat combos while battling against fearsome Skeletal Berserkers, shambling Executioners, and rattling Bone Launchers to name a few, before facing off against bosses like a scythe-wielding Reaper.

Complete over 50 stages across an array of difficulty options that provide a customized gameplay experience. Tackle 16 challenge missions to hone combat skills and earn rewards including upgrade points and mighty evolutions.

Riftbound was developed with a wide range of accessibility options, including an innovative dyslexia text feature allowing wizards to change between fonts, letters, characters, and line spacing to improve readability.

Riftbound is now available on Steam for Windows PC for USD $19.99, with a 10% launch discount for the first week. It supports English, French, Italian, German, Spanish (Europe), Japanese, Russian, and Simplified Chinese.