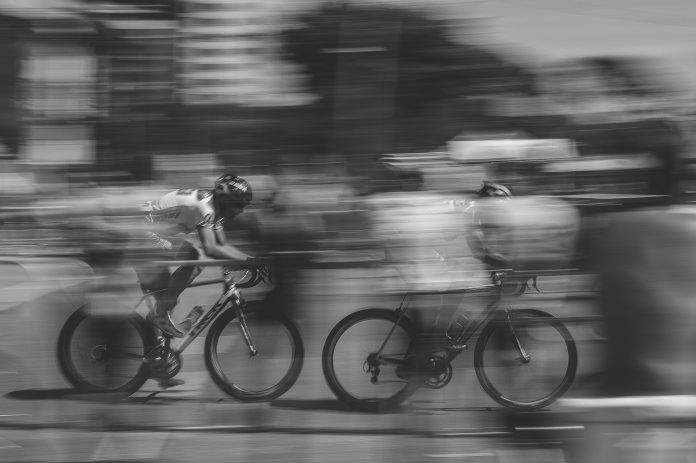 A career in sports is the dream for many of us. And while many of our favourite sporting heroes didn’t pursue higher education, a lot of stars studied Sport and Exercise Science at university to give them an edge in their careers.

Here, we cover some of the most famous stars in the world who studied for a sports science degree, and where they are now.

Victoria Pendleton is recognised as one of the best Olympic cyclists of all time and has a plethora of medals to her name. The Team GB athlete retired in 2012 after a sparkling career that saw her win nine gold medals, five silver medals, and two bronze medals in World Championships, as well as two Olympic gold medals and one silver.

What you might not know is what drove Victoria to pursue a professional track cycling career. While Victoria was racing on track bikes from the tender age of nine, she didn’t pursue it as a career until later. She waited until she’d achieved a 2:1 in her Sport and Exercise Science degree at university. Despite being scouted for her cycling talents at 16, it was Victoria’s degree that cemented her commitment to her career.

Since her retirement from cycling in 2012, Victoria has commentated on both the 2016 and 2020 Summer Olympic Games coverage for the BBC. She has also teamed up with Halfords to create a line of bikes designed for women who’ve never cycled, or who haven’t cycled in years, with the aim of encouraging young girls and women to take up the sport.

Paralympic sprinter John McFall began to pursue sprinting as a career following an injury that left him with his prosthetic leg. Prior to the motorcycle accident in Thailand that resulted in him needing an amputation above the knee, John ran casually, and has said in interviews that it was the thing he missed the most during recovery.

Like Victoria Pendleton, John began to pursue sprinting as a career while studying his sports science degree. He found that his original prosthetic wasn’t fit for purpose, and it kept breaking when he ran. He got in touch with the Federation of Disability Sport Wales (FDSW), which recommended the running blades he uses to compete. John graduated in 2004, the same year he took part in his first Disability Sports Events (DSE) Championships.

John had a clear plan for his post-athlete career, going on to study Sport and Exercise Science at postgraduate level. His current goal is to qualify as a doctor, putting his studies to great use once his days as a competitive athlete are over.

Wladimir Klitschko is one of the world’s most accomplished heavyweight boxers, having dominated on the global stage and reigned as world heavyweight champion. Wladimir won 134 of 140 fights as an amateur before taking to the ring professionally. While he experienced a few notable knockout losses early in his professional career, he went on a 22-match unbeaten run, during which time he won his four championship belts.

As well as his incredible boxing prowess, Wladimir is known as a highly intelligent academic, and holds a PhD in Sports Science. He’s put his degree to good use outside of the ring and has taught as an adjunct professor at the University of St. Gallen in Switzerland. Of his degree, he says: “The doctor degree means as much to me as my winning of the world title against Herbie Hide.” He considered training as an otolaryngologist, but after learning he’d need to work as a nurse for three years, chose his career-adjacent sports science studies instead.

The retired boxer created a CAS Change and Innovation Management course in 2016 that is still running today. This blends his university studies with his challenges as a professional athlete, where maintaining the correct mindset was of the utmost importance. Klitschko delivers this learning to develop the next generation of business leaders.

Sir Chris Hoy is the second most-decorated cyclist in Olympic history with six gold medals and one silver medal. He’s also an 11-time world champion at the UCI Track Cycling World Championships. The Scot credits his success, in part, to his degree in applied sports science. Hoy studied nutrition at an academic level, which he was then able to apply to his own life.

Hoy called nutrition his “secret weapon” in the lead-up to the London 2012 Summer Olympics as he recognised a decline in his performance due to his age. He used nutrition to help his body recover faster and fuel himself more efficiently, and as a result achieved his sixth gold medal at the tournament.

Having retired from professional track cycling, Chris has been able to pursue opportunities in sports science and nutrition thanks to his degree. He signed up as a Science in Sport brand ambassador, and also helps the nutrition brand to design its products through the use of his extensive knowledge.

Arsenal and ex-Scotland stalwart Kim Little has had a glittering football career that’s far from over at the age of 31. The attacking midfielder has won the FAWSL four times in her two spells with Arsenal. She also has multiple FA Cups and WSL Cups to her name, as well as domestic trophies in Scotland, Australia, and the USA.

With a passion for helping female footballers carve out a post-playing career, Kim set up The Second Half with Visa and fellow ex-footballer Karen Carney. The programme teaches female footballers across Europe how they can apply the skills they’ve gained from playing professional football – such as teamwork and perseverance – and apply them to new careers.

There is no doubt that these five current and former professional sports players have benefited massively from their sports science degrees. Undertaking studies in a related field has allowed these stars to build upon their existing careers and branch out into related fields. So, if you’re looking to be the next Kim Little or Chris Hoy, why not support your professional playing career with a sports science degree?