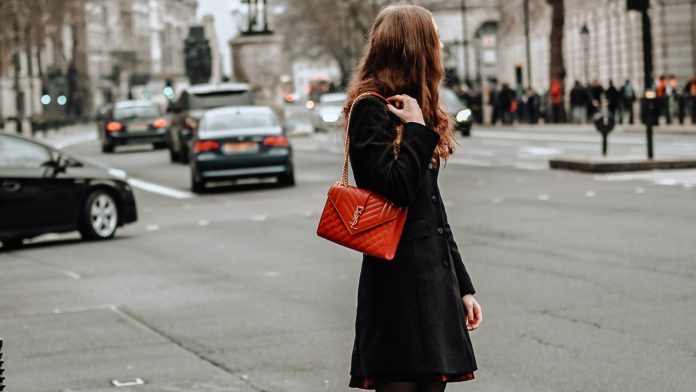 Fans of Sex and the City will always remember the iconic Fendi Baguette bag that was inseparable from Carrie Bradshaw. The late ‘90s and early noughties reignited a trend that’s been eponymous with social status for decades – that of the micro bag.

The iconic pocket-sized fashion item might not be the most practical, yet it’s a definite conversation starter. Today, it’s all over social media and a part of meme culture. But what’s the hype behind the micro purse and how does it fit in the era of sharable content?

A bag back in time

The history of the micro handbag goes a long way back in time. During the late 16th to early 17th centuries, affluential women used it as a body odour repellent. They would stuff tiny, embroidered bags with rose petals, herbs, and spices that would mask their natural scent. That elevated their social status. Our modern take on the intricately embroidered bag is the micro women’s quilted bag that we now stuff with beauty essentials along with our phones and cards.

In the early 1700s, women transitioned to tiny bags dangling from their wrists, while men adorned themselves with small coin purses attached to their belts.

But it was in the 19th century that the trend really took off. The micro bag was called a reticule bag, and it caused opposing opinions on its fashion legacy amidst ambivalence following the French Revolution.

Some would call it a ‘ridicule’, which is a play on its name, due to the bag’s pretty appearance but lack of functionality. In Jane Austen’s Emma, for example, the tragi-comic character Mrs Elton has a “purple and gold ridicule”. The “purple ridicule” was also captioned in the February 1804 issue of Lady’s Monthly Museum magazine.

However, others recognised the reticule’s fashion value and called it an “indispensable”. Eliza Southgate of Massachusetts expressed her adoration of the bag that was gifted to her in a letter to her mother on September 9, 1802. She described it as the “most elegant indispensable, white lutestring, spangled with silver”.

The internet of bags

As the reticule elucidated a social status back in the past, today the micro bag lives up to its legacy. “They do elicit a year’s worth of commentary and are great conversation starters,” said Dara Prant, market editor of Fashionista.

When singer Lizzo arrived at the American Music Awards (AMA) red carpet in 2019 in a stunning orange ruffled dress and one of the tiniest bags in existence, designed by a collaboration of Valentino and Obvious Plant, social media exploded.

Fashion has the power to spark a conversation and create more buzz around a certain trend. “Meme-able fashion has become increasingly popular with the rise of Instagram and other social media, because it makes an immediate visual impact,” commented Tyler McCall, editor-in-chief of Fashionista.

With that, micro purses have become objects of the internet. They are perfectly small chunks that fit into the era of sharable content and celebrities and influencers dominating the social media space.

But why are people falling so much for micro bags? According to Dara Prant, the adoration is in line with the psychology of loving tiny things. “Mini-bags are kind of like puppies – they’re just very cute,” she explained.

According to psychological studies, we start attributing voices and ideas to objects when we’re about four to six years old. Sometimes, we take that fervour further, and it develops into an adult obsession. Today, there are miniature objects of pretty much every everyday life object, from dollhouses and furniture to groceries and, of course, bags.

The obsession with micro bags in the 21st century and its media popularisation started before Lizzo’s appearance at the AMA. Like we mentioned in the intro, one of the most iconic micro purse looks was fashioned by Sex and The City’s Carrie Bradshaw. She brought into vogue the Fendi Baguette, which has become her signature accessory throughout the show.

One of the most memorable moments of the show is when Carrie gets mugged and has her beloved purple sequin Fendi baguette stolen. Even with a gun next to her head, Carrie corrects the mugger calling it simply a bag: ‘It’s a Baguette’, she cries at his error.

With the return of the show in 2021, costume designer Molly Rogers has resurrected the trend. Since the new series was aired, searches for “Fendi Baguette” on the discount store WeThrift have increased by 1011%.

In the foreword to the Rizzoli book Fendi’s Baguette (2012), Sarah Jessica Parker wrote: “Having the Fendi Baguette was a very big deal, and the gateway to everything else.”

Nowadays, fashion houses are also designing the gateway to the world and social media with their take on the micro bag. Fendi has shrunk the size of its Baguette into what’s now called the Nano Baguette and is featured in the new Sex and the City series. 30 years after the first series was aired, the micro handbag is making a fashion comeback in line with the cycle of fashion.

Another iconic micro bag is the La Chiquito Bag by Jacquemus, who sent invites to his Paris AW19 fashion show with a biscuit-sized version of his bag model. Celebrities, such as Kim Kardashian and Rihanna, have worn the true-sized La Chiquito Bag.

It seems that bags are shrinking in size while trends are growing in popularity. One thing we know for sure is that the micro bag trend will keep coming back every 30 years or so because that’s how the cycle of fashion works. So rest assured that if you invest in one now, you will still get use from your fashion staple in 30-years-time. Let’s all embrace our inner Carrie Bradshaw micro purse lover.