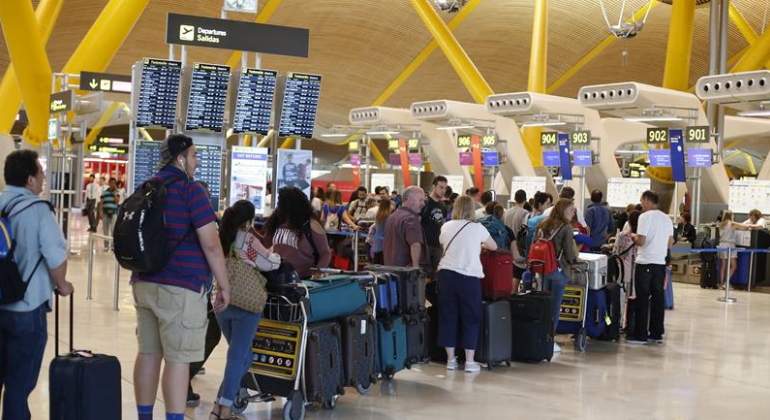 Aena will allow free access to its airports in the coming days. Sánchez justifies this decision due to the improvement of pandemic data.

The Minister of Transport, Mobility and Urban Agenda, the socialist Raquel Sánchez, announced this Saturday that “in the next few days” the restrictions on access to the terminals of the airports dependent on Aena applied due to the covid-19 will be lifted.

Currently, to avoid crowds, only passengers with a boarding pass, aerodrome workers and companions with just cause can enter the airport terminals, EFE collects .

This limitation will end in the coming days, as explained by the minister since the second and last day of the autumn school that the PSC celebrates in Barcelona.

“In the next few days we are going to announce and approve in the Council of Ministers that we will eliminate the restrictions for access to the terminals at Aena’s airports,” he said.

Sánchez has justified this decision by improving the pandemic data in the framework of a debate in which the presidents of Aena and Renfe, Maurici Lucena and Isaías Táboas, respectively, and the first deputy mayor of Barcelona, ​​Jaume Collboni, have also participated. .

“It is a good announcement because we are going to bring, in a certain way, those farewells or those greetings, facilitating access not only for passengers and staff, but also for companions,” the minister celebrated.