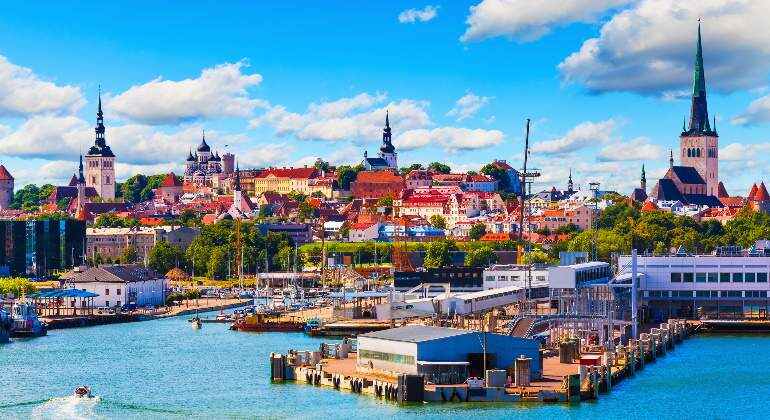 While economies around the world are slowly making progress in their digital transformation, Estonia has already succeeded. This small Baltic country, known to some only for the 2002 Eurovision Song Contest, has managed to turn a disadvantage into an opportunity. With just 1.3 million inhabitants, Estonia is considered the most digital state in the world and attracts the attention of world leaders, academics, and some of the world’s biggest investors.

When the Soviet Union fell in 1991 and Estonia became independent, it was a poor country, without great sources of resources or a powerful industry. In the absence of elements to build an economy as had been done to date, the government focuses all its energies on promoting a series of rapid reforms to modernize the economy from a digital perspective .

A plan that began with the digitization of education and that has resulted in Estonians currently carrying out almost all administrative procedures over the internet , from paying their taxes in less than 5 minutes, going through banking operations. , access your medical history, to vote in an election and start a business in 20 minutes. The tax system is so simple that there are no tax advisers and tax collection exceeds that of other countries such as Spain or the United States, according to the World Bank.

Added to this is e-residence, a pioneering initiative that allows foreign entrepreneurs to create and manage companies in the country without living there and doing business both in the European Union and globally. Since its launch in 2014, it has been requested by more than 50,000 people around the world. Given its success, Estonia has launched a visa for digital nomads, an example of a public-private partnership between the Estonian government and Jobbatical, a cross-border recruitment company.

In addition, the Company Tax (20%) is designed in such a way that companies pay zero percent of this tax if they reinvest in their own business.

This model of digital society places Estonia among the 20 best countries in the world to do business , according to the World Bank, and as “the king of startups”.

The perfect ecosystem for startups
Estonia has more than 1,000 startups and the highest rate of unicorns (unlisted company with a valuation of more than $ 1 billion) per capita in Europe, perhaps even in the world.

One of those seven unicorns is Skype , the video chat service launched in 2003 in Estonia that Microsoft bought for € 5.92 billion a decade ago. The other six are: Playtech, Wise, Bolt, Pipedrive, Zego and ID.me .

In total, Estonia has about 1,000 startups, employing around 50,000 people and have together generated more than € 1 billion in gross revenue over the last decade , according to Funderbeam.

With the United Kingdom leaving the European Union, some 4,000 British companies have established themselves in the Baltic country due to its accession to the EU, its startup ecosystem, its digital society model and its tax system.