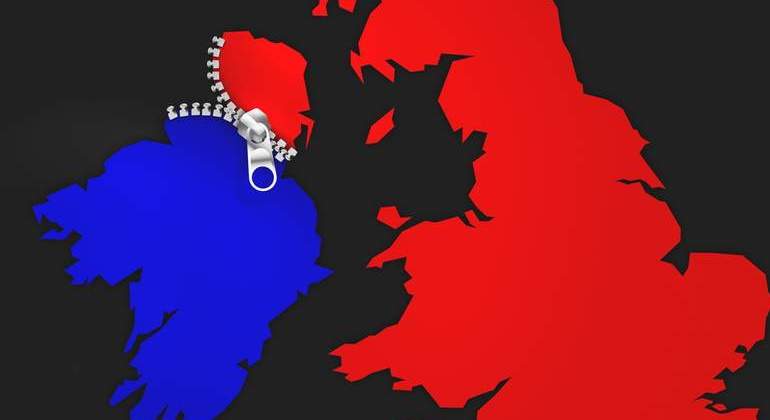 Escalation in the rhetorical battle between Brussels and London. As revealed by the Bloomberg agency, the EU has privately warned the Government of Boris Johnson that, if it unilaterally breaks the Brexit agreement on the situation in Northern Ireland, the European club would consider doing the same with the trade agreement signed on Christmas Eve pass. A threat of total rupture to stop the temptation of the British ‘premier’ and his Brexit minister, Lord Frost, to use Northern Ireland as another token to pressure Brussels.

For years, the situation of the British province on the neighboring island has been the main stumbling block when negotiating an agreement, since it is metaphysically impossible to keep Ireland within the EU and the United Kingdom outside without a border: either between the two Ireland, or between Northern Ireland and the rest of the British country.

After years of pressure and failed alternative plans, Johnson ended up agreeing to place a commercial border in the middle of his country, so that Northern Ireland would remain in the European Common Market and the bloody Irish border would not have to resurrect after more than two decades of opening and peace.

However, the effect has been to infuriate British unionists, who find themselves cut off from the country they want to belong to – the United Kingdom – and much closer to the one they split a century ago – Ireland. The result has been that problems like restrictions on the importation of fresh meat products from Britain – the so-called ‘Sausage War’ – have sparked a political crisis between the two sides.

During 2020, Johnson constantly threatened to unilaterally break agreements on this troubled territory. And a few months ago he resurrected the possibility , alleging the tension it had caused in the territory. And the EU has made it clear that if it gets to that point, relations between London and Brussels would blow up completely.

At the moment, negotiators on both sides are debating the proposals launched by the European Commission a week ago to facilitate border controls and reduce them by up to 80% , which should minimize trade friction in exchanges between both sides of the Sea of Ireland. According to the Irish public broadcaster RTÉ, Frost is participating constructively in the negotiations, and they hope to hold meetings next week.

Even so, the EU has chosen to make it clear that they are prepared to respond to the British ‘nuclear option’ with a bomb of equal or greater power: imposing tariffs and quotas on British exports, and canceling clauses to facilitate trade through of the English Channel. A threat that would further worsen Britain’s rampant inflation and its shortage of products.

Nomura: “For a long time, these discussions could be ignored as mere political posturing and noise. But threatening to break the trade agreement is escalating rhetoric.”

Decisions, both to break the Northern Irish and trade agreement, would not be immediate or necessarily total: there would be a ‘cool-down’ period for the two sides to reverse the launch of ‘missiles’, and suspensions could be limited to certain sectors or clauses.

However, analysts believe that this threat is very significant in itself. “For a long time, these discussions could be ignored as mere political posture and noise. But threatening to break the trade agreement is an escalation of rhetoric and the British pound should suffer an impact as a result,” they warn from Nomura. After the publication of the threat in Bloomberg, the English currency has fallen 0.4% and continues to hover around 0.3% losses at this time. The post-Brexit trade cold war is starting to heat up.