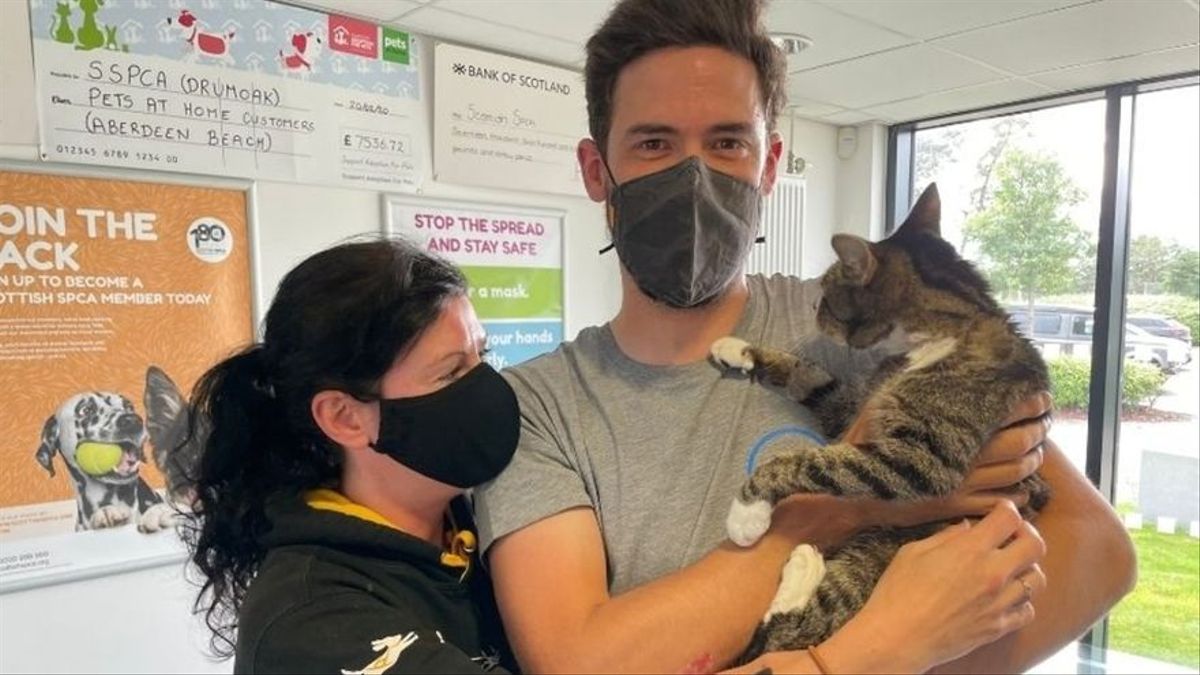 Lucy and Neil are a couple from Scotland who had a kitten named Forbes. One day, suddenly, he stopped showing up at home, which is very common in felines, which are animals that wander around the neighborhood, get into fights with other cats and, on many occasions, interact with others to have hatchlings. However, it is rare for domestic cats to stray more than two hectares from where they live – most only wander about 300 meters from their home.

This was not the case for these Scots who lost their cat in March 2011 . When they realized that he had disappeared, they denounced him and began to hang up posters and ask house to house if a neighbor had seen the animal . They asked people to “check their garages” as they thought the cat would have “been locked inside one of them.”

The young people were very anguished when they saw that he did not return, since “they had him since he was a kitten and they had a very special bond” for that reason, they were looking for him for more than nine months, but they ended up losing hope that he would return.

Reunion
One day Neil Henderson was driving down the highway when he got a call from his wife , asking him to stop the car: They had found Forbes . The young man immediately turned to go home. The next day, they traveled to Aberdeen, the town where they lived at the time, to go to the shelter where they apparently kept their cat . They immediately recognized him and hope that he too knows who they are.

It was a neighbor in the area who found the animal, saw that it was very thin, hungry and seemed sick , and decided to take it to the Scottish animal shelter, which is in charge of caring for unprotected felines on the street . There, seeing that he had an implanted chip, they contacted the couple. “At the moment, we are gradually introducing him to our two dogs and two cats,” they say. In these ten years they have moved several times and have adopted other pets, so now Forbes is adjusting to their new home.