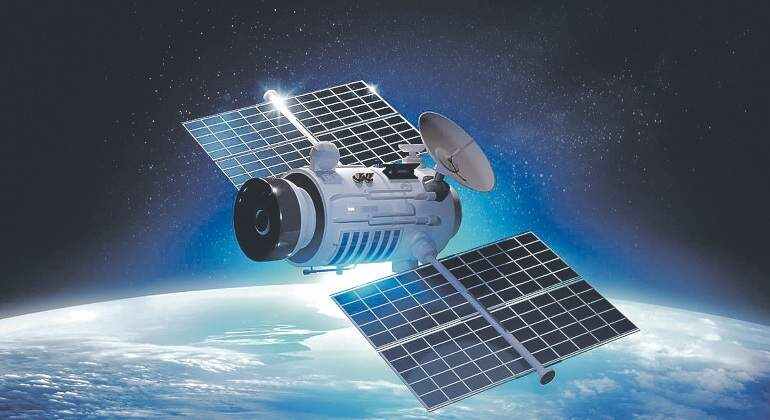 Spain has set out to become the preferred European destination to attract the imminent satellite investments projected by the aerospace industry. For now, the Government has decided to enable the use of space for these purposes, as well as to facilitate the radio spectrum necessary for this type of telecommunications. Saving the distances, Spain aspires to run as a new benchmark for companies interested in space, such as the American companies Houston or Cape Canaveral, for example.

Roberto Sánchez, Secretary of State for Economic Affairs and Digital Transformation, explained that “the Recovery Plan has among its objectives to promote cross-border digital infrastructures that turn Spain into a data hub”. These include satellite infrastructures in which, in addition to geostationary systems, a new sector called New Space or New Space is being configured. “

Conquest of low orbits
“The development of this sector comes from the hand of technologies that allow building small satellites, more flexible, less expensive and easier to launch into space, which can be placed in low orbits in front of the Earth”, he adds. This new generation of small satellites are called to form constellations, suitable for activities such as “Earth observation, space research, the Internet of Things and, of course, communications”.

In this case, the Secretary of State for Telecommunications is the body responsible for enabling national and international companies to use the space for these satellites, providing access to the spectrum resources necessary for them to offer services in the national territory from the teams that have been deploying in space “

The head of this department, dependent on the Ministry of Economic Affairs and Digital Transformation, assures that “there is an increasing number of Spanish companies joining this nascent sector”, considered as “highly innovative and of scientific progress, with great potential to contribute to sustainable growth and the generation of quality jobs “.

Through an opinion article published in the press by Sánchez, entitled The new telecommunications frontier: space, the senior official recalls that “at the end of 2020 there were about 3,372 active satellites in orbit around the Earth and 1,819 were used expressly for communications “. However, for the next few years “we can expect an explosion in the number of devices in space, through constellations of small satellites in low orbits compared to the large and expensive traditional satellites located in geostationary orbit at a great distance from the Earth”.

So far, the United States, China and Russia are ahead of the rest of the world in the race for new satellites, with no particular competition from Europe. So far, only Luxembourg offers incentives on European soil to large companies and investors in the sector.

However, the European Union is working on the Digital Compass 2030 project: Europe’s approach to the Digital Decade, with the aim of “strengthening European digital autonomy with a satellite communications infrastructure that provides secure government communications, based on communications technology. quantum “, adds the Secretary of State in the same document.

Among the companies that will be at the top of the list to take advantage of these facilities are the American companies Planet, Spire and the private equity firms OHB Venture Capital and Seraphim Capital. In the field of nanosatellites, giants such as Northrop Grumman, Lockheed Martin, SpaceX, Virgin Orbit, Rocket Lab or RocketStar also operate.

Under the New Space banner, “a global industry of private companies and entrepreneurs that target commercial clients, backed by venture capital, is identified that seeks profitability and seeks to benefit from innovative products or services developed in or for space”, as explained from New Space Index.