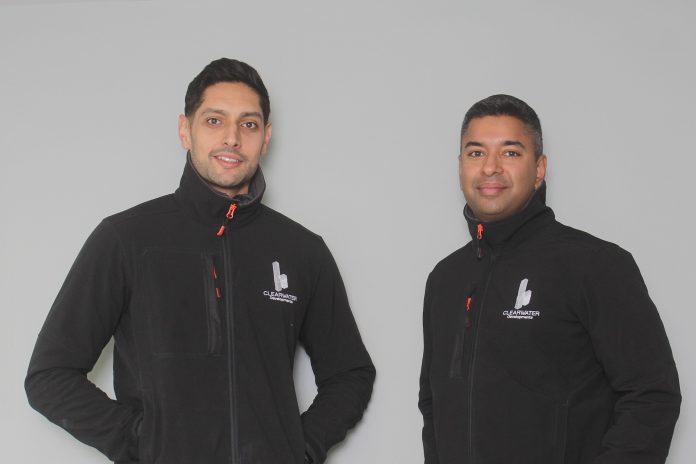 Based in Seaham, on Durham’s heritage coast; Clearwater Developments Limited, started trading in 2011 and has been responsible for some remarkable developments and conversions since it opened its doors.

How did Clearwater Developments come about?

Ranj – Our very first project was in 2011 where we were lucky enough to have the opportunity to convert a former care home on Seaham’s seafront. With a £1M development which took 12 months to complete the building was transformed into five commercial units and 12 luxury apartments.  We were proud to be one of the first developers to invest on Seaham’s seafront. The development now houses a bar/restaurant, an estate agent, a coffee shop, a hair salon, and a street café, as well as a number of holiday let apartments.

Gursh – We’ve renovated a former Surgery in the centre of Seaham and converted the building into 5000 square foot of office space.  We also took possession of a former CO-OP in Seaham and converted the building into, five separate town houses.  One of our larger projects in 2019 was the purchase of Sunderland Church High School in Ashbrooke, where two buildings were renovated with a £2M investment to make 24 luxury apartments, close to the city centre in Sunderland.

Why are efforts being concentrated in Seaham and Sunderland?

Ranj – In many towns and cities in the UK, there are heritage buildings that have been abandoned and in need of regeneration. It is rewarding seeing something that was once tired and dilapidated restored and brought back to life. Regeneration in Seaham helps tourism, it helps the businesses, and the more people that visit and work / live in the area, the better it is for all.

Gursh – These areas have had significant private and public investment over the last decade along with increasing demand for high spec commercial and residential space, so it’s been an obvious choice for us to invest here. We are both Seaham residents and it’s great to see your hometown thriving following positive investments.

What’s in the future for Clearwater Developments?

Ranj – We have a £1M, two-year project in Ashbrooke, which is due for completion in November 23.  This was a former charity building, which is being restored into four, four-storey town houses.  We’ve also acquired a building in Spectrum Business Park, a 40,000 square foot building which is due for completion by July 2023.  This will make space for a high spec gym and luxury sea-front offices, again bringing much-needed employment, visitors, and business to the region.

Gursh – As a growing company, we continue to look for new opportunities in our local areas, as we feel very strongly about the regeneration and transformation of it.