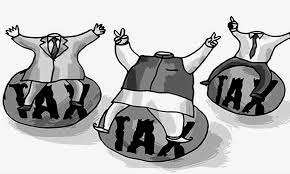 Tax blow to companies, large landlords and pension plans. The Government has presented this Wednesday in the Congress of Deputies the Budgets of 2022 with these three great novelties. The project includes a reduction of the tax credit in the corporation tax for companies that are dedicated to the rental of housing from 85% to 40%, a measure foreseen for the future housing law that is now being advanced.

United We can sources have pointed out to Europa Press that the agreement reached with the PSOE on the new housing law contemplated this measure, which will allow “fiscal privileges” to be withdrawn from these entities, which generally fall within the category of large property owners.

With this, it will be possible to pay tax incentives for small owners that will allow lower rents, already affected by the freezing in stressed areas. Specifically, this increased taxation that will come from these companies will be used to provide tax exemptions of up to 90% dedicated to small owners deciding to lower the rents of their tenants in flats within stressed areas.

The accounts also incorporate a minimum rate of 15% for corporate tax for companies with a turnover of more than 20 million euros or that constitute consolidated groups, so that “due to the effect of deductions” they cannot fall below that figure.

“The fees paid by these companies may not result in a minimum rate of less than 15% on the tax base,” said the Minister of Finance, María Jesús Montero, who recalled that this measure will raise about 400 million euros.

Montero has estimated at 2,000 million euros the “savings” for families, the self-employed and companies due to the suspension of the electricity production tax, the reduction of the VAT on electricity and the special tax on electricity, with the consequent loss of revenue.

Specifically, given that the special electricity tax “goes entirely to the regional coffers”, this loss of income will have to be compensated.

Montero has also recalled that from next year the maximum deductible annual contribution in individual pension plans will drop from 2,000 to 1,500 euros while it rises to 8,500 in groups or companies.

According to Montero, the tax reduction for individual contributions to pension plans is a “highly disputed” tax benefit both by the European Commission itself and by AIReF for having a “regressive nature” and also rewards a savings vehicle over others.

The Minister of Finance has also advanced that a specific heading will be created in the tax on economic activities for the activity of journalists.

And he has insisted on the Government’s commitment to the fight against fraud by advancing a record budget for the Tax Agency of 1.7 billion.

More investment for infrastructure
The General State Budgets (PGE) for next year have a budget of 11,841 million euros for infrastructures, 2.7% more than last year, which will be paid for 59% by the national budget and the remaining 41% from the European Union Recovery and Resilience Mechanism funds .

Specifically, the national budget will come out 7,040 million euros, which represents an increase of 3.9% compared to the previous year, while the rest, 4,801 million euros, will come from the European plan, as detailed in the Budget project.

Specifically, the Industry and Energy policy will have total resources of 11,316 million euros in 2022, 1.2% more than in 2021. According to the text, 5,477 million euros will come from the Mechanism for Recovery and Resilience (MRR).

If this figure is discounted, the Government’s Industry and Energy policy will amount to 5,839 million euros, 5.1% more than a year earlier.

For their part, the Budgets allocate 1,727 million euros of spending to tourism , of which 1,474 million come from European funds from the Recovery Program. Together, trade, tourism and SMEs increased their budget by 32.1%, to 2,932 million, of which more than 1,970 million are funds from the European Recovery mechanism (52.8% more) and 962 million are national funds ( 3.3% more).

By 2022, the Secretary of State for Tourism will focus its activity on strengthening confidence in health security, improving the competitive capacity, productivity and profitability of the industry.

Likewise, it will work on the recovery of mature destinations and the strengthening of inland destinations, in addition to betting on the generation of product at the national level and on a differentiation of Spain as a quality destination, says the document.

State revenue in 2022 rose 10.8%
The State will enter 279,316 million euros in 2022, which represents an increase of 10.8% and that takes into account the continuation of the economic recovery after the toughest phase of the health crisis and the arrival of European funds.

According to the draft General State Budgets for 2022, presented this Wednesday in the Congress of Deputies, the growth forecast for the aggregate tax base of the main taxes in 2022 is 6%.

In addition, the Government plans to receive 20,225 million euros from European funds in 2022 .

Income from personal income tax will increase by 6.7% and will slightly exceed 100,000 million euros (100,132 million) for the first time due to the increase in gross household income in 2022 and the best results in the 2021 return to be filed in June next year, which is expected to grow 3.5%.

Investment in Catalonia doubles that of Madrid
The Executive of Pedro Sánchez plans to make an investment for the year 2022 in Catalonia and Andalusia twice greater than that arranged for communities such as Madrid or the Valencian Community.

Thus, the Government once again gives priority to investment in Catalonia and Andalusia in this new public accounts project to the detriment of a similar community in terms of GDP and population such as the Community of Madrid. In last year’s budgets, the investment of these two regions was also almost double that of the capital region.

In any case, in these 2,430.74 million euros that the Government plans to invest in Catalonia by 2022, the 200 million that the Executive has to pay to the Catalan Generalitat in compliance with a judgment of the Supreme Court are included.

According to this document of the public accounts, the fifth region in which the State will make a greater investment will be Galicia (1,074.72 million euros), followed by Castilla y León (997.44 million).