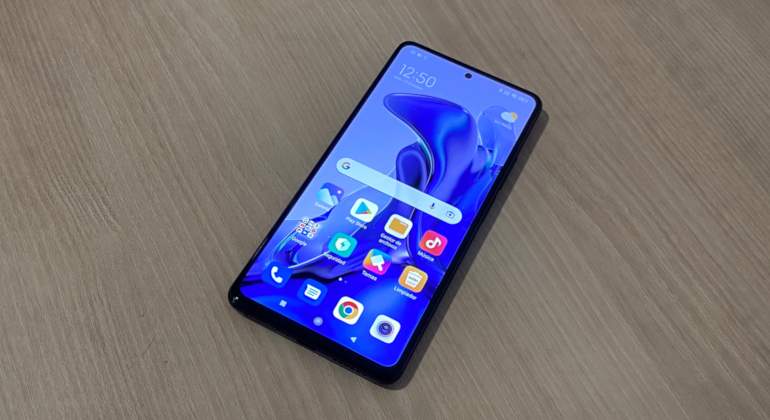 The new Xiaomi 11T occupies a very important place in the range of the Chinese manufacturer, with high-end features but a more controlled price.

Although Xiaomi has always been synonymous with a great quality / price ratio, it is no less true that in recent years its most cutting-edge models have perhaps gone too far, both in terms of features and price. The Xiaomi 11 range represented this problem very well, with a large gap between the Mi 11 Lite and the Mi 11, which was not covered by the Xiaomi Mi 11i launched in the middle of the year.

That gap is now covered by this Xiaomi 11T that I have been able to test during these days; a model that costs only 499.99 euros , but that includes many more typical technologies of a higher step.

Is it really the ‘cheap’?
This is not the best 11T that Xiaomi has released; That honor goes to the 11T Pro, which costs 150 euros more and boasts incredible advances such as the 120 W charge. You won’t find that here, but what you will receive is a great mobile for what you have paid for .

The Xiaomi 11T could well cost that extra 150 euros, and in fact, it instantly reminded me of the Mi 11i, perhaps because I tried it recently. But while the Mi 11i disappointed me a bit, and I had a hard time making sense of what it cost, with this 11T the sensations are completely different. Who was going to say that what was insufficient to me now seems great to me, paying 150 euros less.

Build quality is very good , with an aluminum body and glass back; I love the “meteor gray” finish on the unit that I have tested, with an effect that really looks like rock polish. It is also extremely thin and light, and the 6.67-inch screen size (same as the 11i) is large, but we are used to it. I have not liked so much not having complete protection against water, staying only in IP53 (resistance to splashes).

The fingerprint reader is integrated into the power button and, honestly, in this case I prefer it to the reader on the screen; the size of the device would make it difficult to use a reader in the center, but with the 11T, the device unlocks quickly just by picking it up and placing your finger in a natural position.

In addition to the feel in my hand, what I initially liked the most was the AMOLED screen , especially thanks to its great brightness of 800 nits (with peaks of up to 1,000 nits), in which just browsing and using applications is already a great experience. ; but where it really gives its best is in multimedia content and video games, where we can enjoy the good treatment of colors, although perhaps the reds stood out too much compared to the blues and greens. We don’t have Dolby Vision, but otherwise we don’t have much to complain about. The resolution, 1080 x 2400 pixels, could also be better, but in this case it is not something that is going to throw you in your face.

The 11T screen also boasts high refresh rates, up to 120 Hz , something that is noticeable just by using Xiaomi’s MUI interface, with fluid animations and fast response. It is also nice in games, although it is unlikely that you are going to get the frames per second necessary to take full advantage of it.

Continuing with the multimedia content, the speakers are appropriate, but by no means exceptional. Some connectivity problems with various brands of Bluetooth headphones have also caught my attention, suffering micro cuts that I have not noticed in any other device in the same situations. It will probably be a simple ‘bug’ that can be fixed with a software update.

The right power
The Xiaomi 11T has a ‘big brother’, the 11T Pro, and therefore it is normal that there are some ‘cuts’ to reduce the price. One of the most notable is the processor, which in the 11T is an eight-core MediaTek Dimensity 1200-Ultra , and not the Snapdragon 888 of the Pro model. It is the same processor used by the OnePlus Nord 2 , a model that costs about 100 euros less, but it’s not as disappointing as it sounds.

The truth is, this is the best processor MediaTek has released in a long time in terms of power. Although it does not come close to the Snapdragon 888, it does not stay that far in the benchmarks either; I have scored 868 points on one core and 2659 points on multicore on GeekBench 5.

More importantly, I have not noticed a big difference in performance in the actual use of this smartphone; It has even surprised me in video games, especially in Genshin Impact where I have not noticed noticeable drops in frames when fighting. The basic model of the 11T has 8 GB of RAM, which can be little if we are one of those who have many apps and games open at the same time; And we have no option for more RAM, only to expand the storage from 128 GB to 256 GB for 100 euros more (which puts it closer to the M11i).

But best of all, without a doubt, is that the 11T got that performance without heating up ; Even after a long gaming session, the temperatures never reach annoying extremes, and we can continue to hold the phone with our hand without problems (we cannot say the same for other models with the Snapdragon 888). Xiaomi boasts of having worked a lot on the cooling of the 11T, and now I am looking forward to seeing what the 11T Pro will be like with those advances.

It also doesn’t get too hot when we use fast charging, although in this model it is not capable of reaching the incredible 120 W of the 11T Pro model. Instead, the 11T stays at ‘only’ 67 W , which is not bad at all and in fact, it beats many other manufacturers (I’m looking at you, Samsung). Plus, the charger is included in the box, along with a clear plastic sleeve in case you don’t want to buy a prettier one.

Good main camera, but nothing else
Where there are no differences from the 11T Pro is in the cameras, but that does not have to be a good thing. It is true that the main 108 MP sensor is a benchmark in the sector, but apart from that, Xiaomi is still one notch below in a very competitive sector.

The photos that the Xiaomi 11T gets are good , but not spectacular. In their favor they have a low level of ‘noise’, which translates into sharper and more beautiful photographs to look at, but that is accompanied by a ‘watercolor’ effect when we enlarge the image to the maximum, something especially notable in text. So, on many occasions, textures are lost, especially small nooks and crannies in the wood or small imperfections in the surfaces.

It seems that the 108 MP sensor is good, but that Xiaomi’s algorithms could improve. One way to ‘get around’ that problem is to activate the 108 MP mode; By default, Xiaomi’s camera creates 12 MP photos, a process widely used in high-resolution cameras. But in this case, I think that creating photos at the highest resolution gives better results, even if that does recover the ‘grain’ a bit. In addition, this way you can take larger photos that you can then crop to get a ‘zoom’; something useful considering that here we only have digital zoom, which does not get good results.

I was not expecting much from the wide-angle sensor of only 8 MP, and perhaps that is why it has managed to surprise me . Not that it’s amazing, but the photos are sharper than I expected, albeit with some noise. On the other hand, the 5 MP macro sensor is somewhat useless, and Xiaomi itself seems to recognize it, hiding it in the app.

The mobile that Xiaomi had to launch
The Xiaomi 11T is not the best smartphone in any technical area, but that hardly matters: it is good enough in all of them. There are few things to miss in this mobile, and most are not so important or carry a much higher cost. It is a very balanced mobile and that will not leave us lying in any aspect.

For 499.99 euros, the Xiaomi 11T allows us to enjoy many of the elements that make the Xiaomi 11 range special, but without spending as much as with the leading models. The ‘sacrifices’, if we can call them that way, do not imply having to lose anything important, just having a ‘inferior’ version; for example, with the processor or fast charging, which, although not the best, are still very good.

Against it, the Xiaomi 11T has a lot of competition, and cheaper. The Realme GT, for example, costs 50 euros less and uses a Snapdragon 888; but the screen is smaller (and worse), it does not have the 108 MP sensor, nor the manufacturing quality of this smartphone.

The Xiaomi 11T is the mobile that the company had to launch, the one that we were really waiting for all this time; now the question is whether it has arrived too late, or if there is still room.