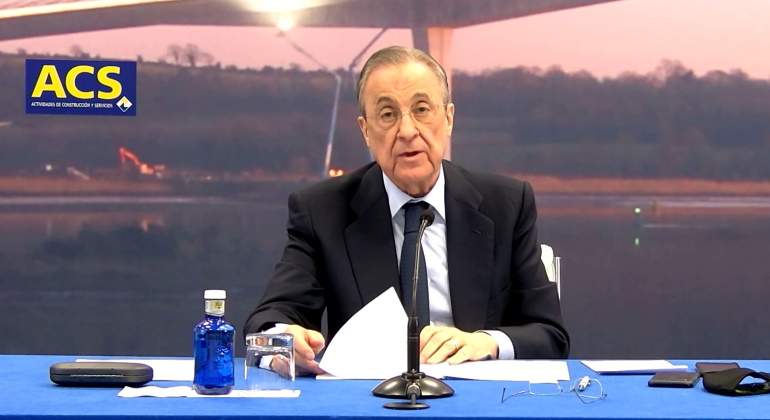 ACS celebrates a decade in 2021 paying its shareholders under the flexible dividend formula. And its way of celebrating it is to have the most profitable payment in the infrastructure sector on the national park, since, taking into account current prices, its profitability is already close to 8% this year and will easily exceed it next year .

This implies multiplying by more than two times the average return of its national comparables, Ferrovial, FCC and Sacyr, since OHL still does not pay dividends. Check here the calendar of upcoming dividends for the Spanish stock market

ACS shares have fallen 17% from their annual highs in January of 27.27 euros. It is not going through its best moment, although it is among the ten best purchase recommendations of the entire Ibex and has ample liquidity, as a result of the sale of its Services subsidiary, Cobra, for 4.9 billion to Vinci . The firm has ruled out, however, that it is going to allocate part of that money to an extraordinary dividend.

Looking at its remuneration charged to 2021, the market consensus expects ACS’s cash payment to reach 1,775 euros per share, with a profitability of 7.9%. The first of the two payments that the company traditionally makes will arrive on February 8, for 0.45 euros per title for those who choose to receive it in cash.

The second is paid in July and the last one -this summer- was collected in cash by almost 60% of the shareholders. The peculiarity of ACS – it is not the only one listed to do so – is that it amortizes all the shares that reach the market as a result of the two annual capital increases to pay the dividend in scrip format .

In his case, instead of reducing the capital after each increase, what he does is amortize the treasury stock that he is feeding throughout the year through the repurchase of own shares. Currently, the firm has a program in force for 6.99% of the capital and a maximum committed investment of 651 million euros. It has been in operation since February 24, 2020 and will remain until July 31, 2022. ACS currently has a treasury stock equivalent to 8.154% of the capital, according to the CNMV. For fiscal year 2022, analysts expect a dividend of 1,881 euros, which yields more than 8.3%. This payment would already be similar to the 1,882 euros of the 2019 financial year, prior to the Covid.

The construction company chaired by Florentino Pérez is the sixth title by the tail of the Ibex due to its losses in the year; same period in which Ferrovial recorded gains of 16%; and it is 13% away from reconquering all-time highs.

Ferrovial’s dividend is also made using the scrip formula . Now, it is a 100% real payment since it amortizes all its shares. The next payment is scheduled for November 18, for an amount of 0.2 euros per title.

Sacyr, ‘silver’ in profitability
The firm led by Manuel Manrique has the second most profitable payment in the sector, above 4% in the next two years. The company rises 70% from the lows of almost a year ago and has a full of analysts -11 out of 12- who advise to buy its shares with a potential upside of almost 30%, up to 2.95 euros.

The consensus expects that this year it will double the payment of the previous two, with 0.091 euros, thanks to the reconversion of its business and the boost in profit that will reach 160 million euros -the highest amount since 2015- if the estimates are met . It also pays in scrip , but unlike ACS and Ferrovial, it does not amortize the shares . This has caused the number of securities in circulation to have increased by 18% since 2017, with the consequent dilution that it causes among investors who received the dividend in cash.

Saint Joseph
Grupo San José’s dividend has been set at 0.10 euros for two years . The firm does not have analyst monitoring, so there are no forecasts. Yes, a next payment could be expected, charged to 2021, facing the spring of next year if it kept the calendar seen this year. If it were also the case of remuneration, the 0.10 euros rents 2.2% at current prices.

Its shares rose more than 47% in 2021 (to 6.5 euros), but yesterday the concessionaire yielded the level of 4.6 euros, in a fall close to 30% from that annual ‘ceiling’. His earnings are already less than 4% since last January. OHL, which canceled the dividend charged to 2019, rules out recovering it for now.