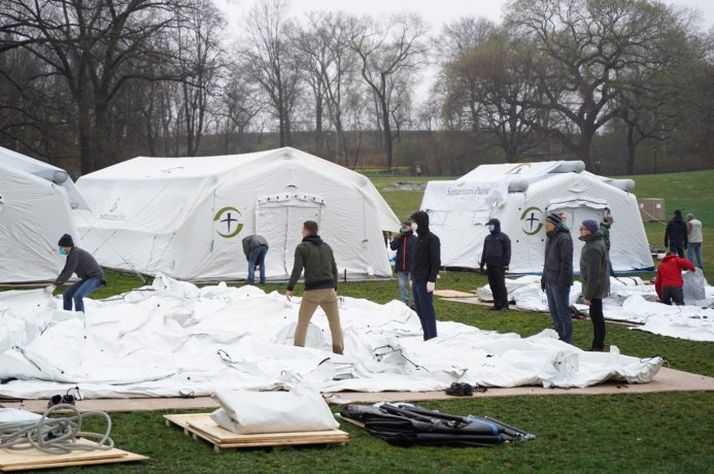 In the neighborhood of Barrio Colón, in the district of La Chorrera, province of Panamá Oeste, at an inter-institutional level and in conjunction with local authorities, work is being carried out on the hospital – campaign , donated by the embassy of the United States of America in Panama.

Personnel and technicians from the Directorates of Panama West N ° 1 and N ° 2 of the Ministry of Public Works (MOP), dump trucks load base layer material and profiling to enable the parking area for ambulance access.

Jorge Quiroz, director of the MOP in Panama Oeste N ° 1 , in coordination with Cindy Smith, governor of the province and the Directorate of Panama Oeste N ° 2; Actions are being taken to place and compact the select material supplied with specialized equipment and technicians from the bridge crew.

Currently, work is being carried out to prepare the land, equip the area for ambulances to have access, and adapt the connection between the hospital and the polyclinic.

Elizabeth Araúz, medical director of the Dr. Santiago Barraza Polyclinic of the Social Security Fund, confirmed that the hospital-campaign, donated by the embassy of the United States of North America, is being installed in the institution’s parking lots.

Araúz stressed that “it is a project of the State and of the country, we are working together as a province and we thank all the governmental institutions, the local authorities from the beginning; It is a very titanic and strong job that is being done and we thank the Ministry of Public Works, “he said.

This hospital – campaign houses 40 beds to provide the response to Panama Oeste and to provide support to the Nicolás A. Solano hospital, which is the regional hospital in this province. It is still not working, but there is little left to inaugurate it, he said.