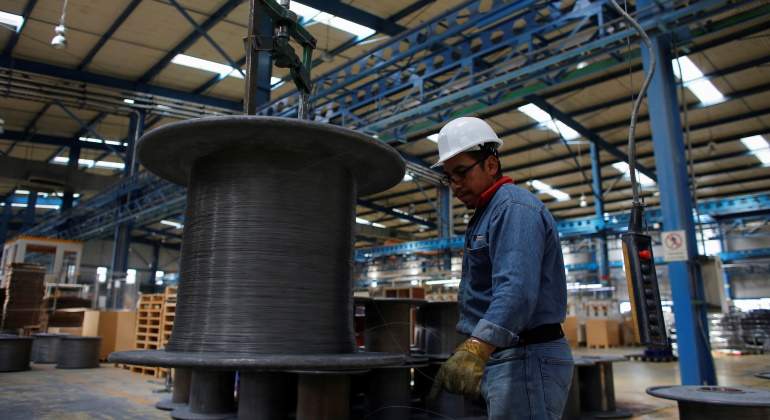 Exports of the Mexican maquiladora will fall 7% to a value of 255,000 million dollars at the end of the year , estimated on Wednesday the National Council of the Maquiladora and Export Manufacturing Industry (Index) of Mexico .

The Mexican maquila still has not recovered 25% of the nearly 120,000 jobs lost due to the pandemic , although a full recovery is expected for the first quarter of 2021, reported Luis Aguirre, president of Index, which represents the more than 6,400 companies in the sector.

Even so, at a press conference, the business leader stressed that the industry will close with a trade surplus of $ 22.5 billion , as well as a technology transfer of more than $ 6.5 billion.

“There is confidence in the progress of the economy, taking into account that the vaccination campaigns against covid-19 are beginning both with the main commercial partners and in Europe,” Aguirre said.

In addition to more than 115,000 deaths and close to 1.26 million cases, the covid-19 crisis has left an annual contraction of 9.6% of GDP in the first nine months of the year in the country.

The health emergency decreed by the Mexican Government, by suspending non-essential economic activities in April and May, affected the industry by paralyzing 45% of the Manufacturing Industry, Maquiladora and Export Services (Immex) plants.

Under these circumstances, maquila exports registered a reduction of 40% and 50% in those two months , respectively. However, Index affirmed that in “June its recovery began” with sanitary protocols with which all the companies resumed their operations, although not with 100% of their workers.

“The aforementioned reactivation had a favorable impact on sectors such as automotive, auto parts and construction, as well as metallurgical mining,” the business council reported. The Index leader reiterated that the maquiladoras have announced investments of 3.5 billion dollars and the creation of 100,000 new jobs .

The amounts come mostly from Asia, but there are also the United States, Canada, the European Union and the United Kingdom. The business representative expressed his optimism about the new Agreement between Mexico, the United States and Canada ( T-MEC ).

He also pointed out the start of the vaccination campaign by recalling that the sector made an agreement with the Mexican Institute of Social Security ( IMSS ) to help with the strategy. He also predicted that next year the exchange rate would range between 21.4 and 21 Mexican pesos per dollar, and inflation between 3.4% and 3.9% .