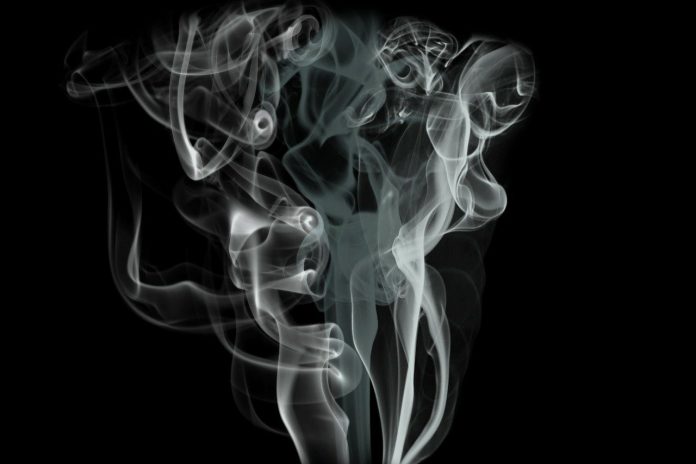 The words smoking and vaping are often used interchangeably by most people. However, a number of people do not know the fundamental differences between them. Smoking is the burning of tobacco to deliver nicotine by ingesting the smoke that is produced. Numerous toxins are created when the tobacco is burned, and this is what makes smoking so harmful and can lead to various illnesses. Vaping, on the other hand, heats a liquid called an e-liquid to deliver nicotine. It contains less toxins which makes it less harmful for those who smoke.

GoSmokeFree.co.uk surveyed 1,000 respondents, revealing that 1 in 10 do not know the difference between the functions of smoking and vaping. This is interesting considering nearly half (43%) of people said they think smoking and alcohol education at schools is adequate in the UK.

When asked specifically about how vaping works, a further 53% admitted being clueless about it. Most e-cigarettes consist of four different components, which include: a cartridge or reservoir or pod, which holds a liquid solution (e-liquid or e-juice) containing varying amounts of nicotine and flavourings; a heating element (atomizer); a power source (usually a battery); and a mouthpiece that the person uses to inhale. When puffed on, the device vaporizes the liquid in the cartridge. The person then inhales the resulting aerosol or vapor (called vaping).

Cigarettes on the other hand work as follows: when heat burns the tobacco, it results in the formation of smoke (and several other chemical constituents), heat, and ash. The high levels of heat associated with combustion leads to the thermal breakdown of the tobacco when it is burned, resulting in the production of many of the harmful toxicants found in cigarette smoke.

And confusion is not only limited to how cigarettes and e-cigarettes function. Another 22% of people said they are confused about the political stance on vaping. Regulations have been put in place ever since e-cigarettes and e-liquids were made available on the market. Government and organisations have launched various campaigns in a bid to reduce the number of people who smoke tobacco.

Improving these rates of people who smoke tobacco can have a domino effect on society as a whole, with a drastic one on public health domains. Some examples of indicators that would be positively affected by a reduction in cigarette smoking rates are:

Studies show that for people to stop smoking, they need to have all three of the following motivators: opportunity, capability and motivation to switch their habits. The study by GoSmokeFree.co.uk found that more than a third (37%) of people said they thought the best way for a person to quit smoking was through nicotine replacement therapy. Another quarter (25%) of people said they believed the best way was via vaping, considering it replaces the habit of smoking which for many, is hard to give up. Furthermore, 23% of respondents said they thought the best way to quit was so simply stop cold turkey, which has its own range of benefits, as well as difficulties. Lastly, more than 1 in 5 (15%) of people thought the best method of quitting was mindfulness and hypnotherapy techniques.

Lastly, the survey asked ex-tobacco smokers who have since switched to vaping what they’ve found the biggest benefit has been of quitting cigarettes. Nearly half (42%) of people said it’s healthier in general for them; nearly a quarter (24%) said it was cheaper; almost 1 in 5 (19%) said vaping was safer; 8% said there is more variety when it comes to vaping and 7% said there are fewer after-effects.