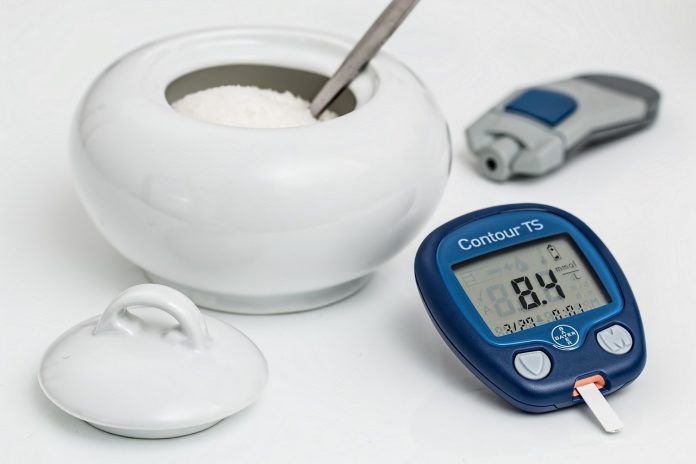 DIABETES occurs when the body has difficulty controlling blood sugar levels without external intervention. The disease, which affects about five million people in the UK and is becoming more common and often chronic, is preventable. In a new report, a group of researchers say the drug can dramatically reduce a person’s diabetes risk

Although there is more than one type of diabetes, the two most common in the UK are type 1 and type 2. Of these, type 2 predominates and accounts for 90 per cent of cases, while type 1 accounts for the remaining 10 per cent. Type 2 diabetes occurs when the body does not produce enough insulin or the body’s cells do not respond to insulin; Type 2 events are often associated with excessive weight gain and obesity. For obesity and the treatment of this condition, scientists have started looking for ways to help people reduce their risk. In their research, published at the annual meeting of the European Association for the Study of Diabetes, they found that drugs used to treat obesity can make patients less likely to develop type 2 diabetes.

A drug known as Semaglutide is used to treat obese patients. Obesity is the accumulation of excess fat and weight, and although exercise and a balanced diet are considered the best treatment, they are often not enough.

Medications are sometimes needed to help or stimulate people with obesity to lose weight. Semaglutide is one such drug.

In a study published in the journal Diabetologia, researchers injected the drug into overweight patients in two experimental steps, known as STEP1 and STEP4. Patients in STEP 1 received 2.4 mg or placebo per week for 68 weeks, while patients in STEP 4 received the same dose for 20 weeks and then some were switched to placebo for the next 48 weeks.

Based on this, the researchers used Cardiometabolic Disease Staging (CDMS) to predict a patient’s risk of developing type 2 diabetes over the next 10 years. The CDMS was calculated using a formula that took into account the patient’s age, gender, race, and BMI.
After calculating the results, the researchers found that those on STEP1 were 61% less likely to develop type 2 diabetes, compared with a 13% reduction in those who received a placebo in the study.

The questionable risk outcomes were reflected in weight loss, with the semaglutide group losing 17 percent and the placebo group only experiencing a three percent weight loss.

Among STEP4 participants, the greatest reduction in obesity scores was seen in those taking semaglutide during the first 20 weeks. Consequently, the authors conclude that this suggests that semaglutide has a profound effect on diabetes risk.

Dr Garvey, one of the authors behind the study, said: “Semaglutide reduces the risk of future diabetes in obese patients by more than 60% – this rate is similar whether the patient has prediabetes or normal blood glucose levels.”
Dr Garvey added: “Long-term treatment is needed to maintain its benefits. With obesity and diabetes increasing, semaglutide can be used effectively to reduce the burden of these chronic diseases.

Why the process is important.
Results show the effectiveness of semaglutide is significant at a time when obesity rates are rising, particularly in the UK where the disease affects a quarter of British adults and puts them at risk for a number of potentially fatal diseases.

In addition, Semaglutide has also recently been approved in the United States, while NICE (National Institute for Health and Care Excellence) has also published draft guidelines for England and Wales, which it says should be prescribed to overweight adults.

A guideline published on February 8 reads: “NICE today (Tuesday, February 8, 2022) issued a draft guideline that would recommend the use of semaglutide in adults with at least one medical condition related to body weight and body mass index (BMI) of less than 35 kg. recommends m2 and with the exception of people with a BMI from 30.0 kg/m2 to 34.9 kg/m2.

The Health Authority added: “Semaglutide can only be prescribed as part of a specialized weight management service with multidisciplinary input and for a maximum of two years. Evidence from clinical trials shows that people taking semaglutide in conjunction with supervised weight loss training lose more weight. rather than with support alone.’

Regarding the effect of semaglutide on obesity, Dr. Garvey: “This appears to be the most effective drug to date for treating obesity and is starting to close the gap with weight loss rates after bariatric surgery.

“The approval is based on clinical trial results showing that it reduces body weight by an average of more than 15 percent when used in conjunction with a healthy lifestyle program. This amount of weight loss is sufficient to treat or prevent various obesity complications that affect health and quality of life and is a game changer in obesity treatment.”

Meanwhile, Helen Knight of NICE commented: “We know that managing overweight and obesity is one of the biggest challenges facing our healthcare system. It is a lifelong condition that requires medical intervention, has psychological and physical effects, and can affect quality of life.

What is the main treatment for obesity?
Obesity is not a condition that a person can get off medication, it requires work and dedication from the patient to help them lose weight.
The two main pillars of weight loss and a healthy diet are regular exercise and a balanced diet. The NHS recommends at least 150 minutes (two and a half hours) of minimal moderate to vigorous physical activity per week.

Meanwhile, on healthy eating guidelines, the NHS added: “There is no one-size-fits-all rule, but to lose weight at a safe and sustainable rate of 0.5-1kg per week, it is recommended that most people reduce their energy intake. 600 calories per day.