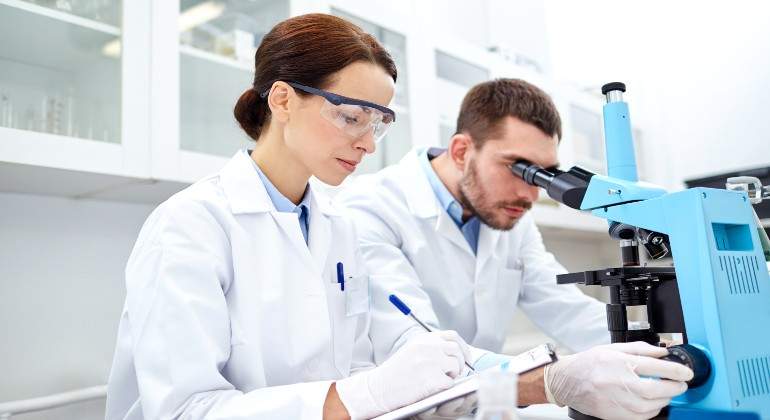 It is the largest annual science outreach event in Europe. For two weeks, universities, research centers, companies and other institutions organize a multitude of activities aimed at young people. The Science and Technology Week is the most important initiative for scientific dissemination in many autonomous communities and, since 2001, its implementation has a national character. The world of education and science have never been so united and it is that more and more projects and initiatives related to the scientific world are being carried out by students. Although its relevance is transversal in all the formative stages, although it is true that in higher education institutions science is one of the pillars that sustains it.

In its commitment to give more value to this discipline, the Spanish Foundation for Science and Technology (Fecyt), dependent on the Ministry of Science and Innovation, opened last Tuesday the call for grants for the promotion of scientific, technological and of innovation 2021, which will allocate 3,940,000 euros for science dissemination and communication projects. Among the projects to which the grants will be allocated, those that promote scientific education among non-university students and young people and their interest in scientific-technological careers through direct contact with the method and research practice stand out. It will also be used for science and innovation communication network projects,

From the organizations that participate in this event, which lasts from November 1 to 14 of this month, they praise how important it is for young people to participate in activities so that they are aware of the relevance of this area in the society development.

That is why the Carlos III University of Madrid (UC3M) participates in the twenty-first edition of the Madrid Science and Innovation Week with free activities that allow to know first-hand the R + D + i of the institution . Among the workshops and courses they offer, the specific programming for students aged 31, 41 from Secondary, Baccalaureate and training cycles stand out, such as the “Workshop: _Elemental analysis by atomic emission spectrocopy” or the “Workshop: _Experience sound space of the music of the future “.

The Autonomous University of Madrid also offers students and society in general various free activities to give visibility to the studies of social sciences and humanities. Highlights “Discover the hidden object with a particle accelerator”, which will take place today from 5:00 p.m. to 8:00 p.m. or “Violet pigment: art and gender under debate”, which will be held on Saturday 13 of 12: 00 a.m. to 2:00 p.m.

For its part, the Center for Energy, Environmental and Technological Research (Ciemat) will organize seven activities in Madrid. Thus, 2nd-year high school students will be able to participate from November 2 to 4 in a series of virtual seminars on particle physics organized by this institution, which has also scheduled talks and scientific meetings for ESO and high school students.

The General Directorate of Cultural Heritage joins the celebration of Science and Innovation Week 2021 by organizing a varied program of activities. Madrilenians will be able to trace the medieval traces of the Community of Madrid and its historical evolution, as well as learn about the history of science through documents or analyze the importance of sustainability.