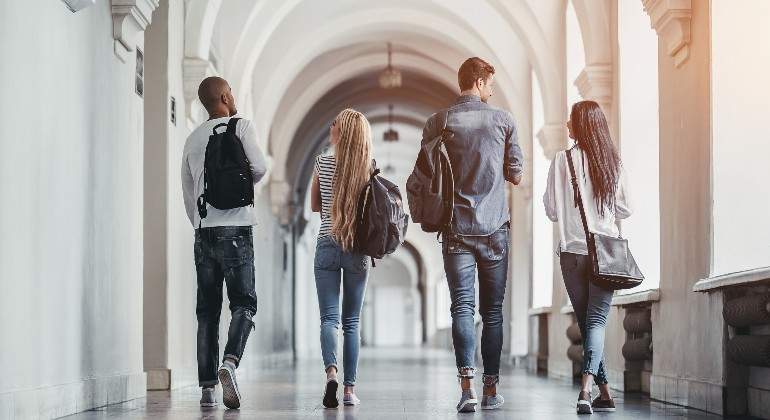 The Community of Madrid will allocate 3 million euros to finance Bachelor’s and Master’s degrees for university students from disadvantaged socioeconomic backgrounds in the 2021/22 academic year. It is an aid that will benefit nearly 3,000 students.

The Governing Council has approved this Wednesday the celebration of six agreements by which direct subsidies are granted to each of the public universities in the region, as reported by the Minister of Education, Science and Universities and spokesman for the Executive, Enrique Ossorio, at a press conference, accompanied by the president of the Community, Isabel Díaz Ayuso.

The recipients of the aid will be, fundamentally, students whose socioeconomic situation deteriorated significantly during 2020 and those who meet the income conditions, but not other academic or enrollment requirements in a minimum number of credits required by state scholarships. In the latter situation, for example, university students from disadvantaged backgrounds who need to reconcile their studies with a job would find themselves.

The Community of Madrid began in 2016 a collaboration program with public universities in the region to facilitate access for all citizens to Higher Education. The objective is “to make possible the continuation of university studies without the personal situation being an impediment”.

It is intended, especially, to prevent the abandonment of students who have not been able to benefit from the scholarships convened by the Ministry of Education and Vocational Training. The aid granted by the Government of Spain only pays for the credits in first registration, while those called by the Community of Madrid can cover the second registration.