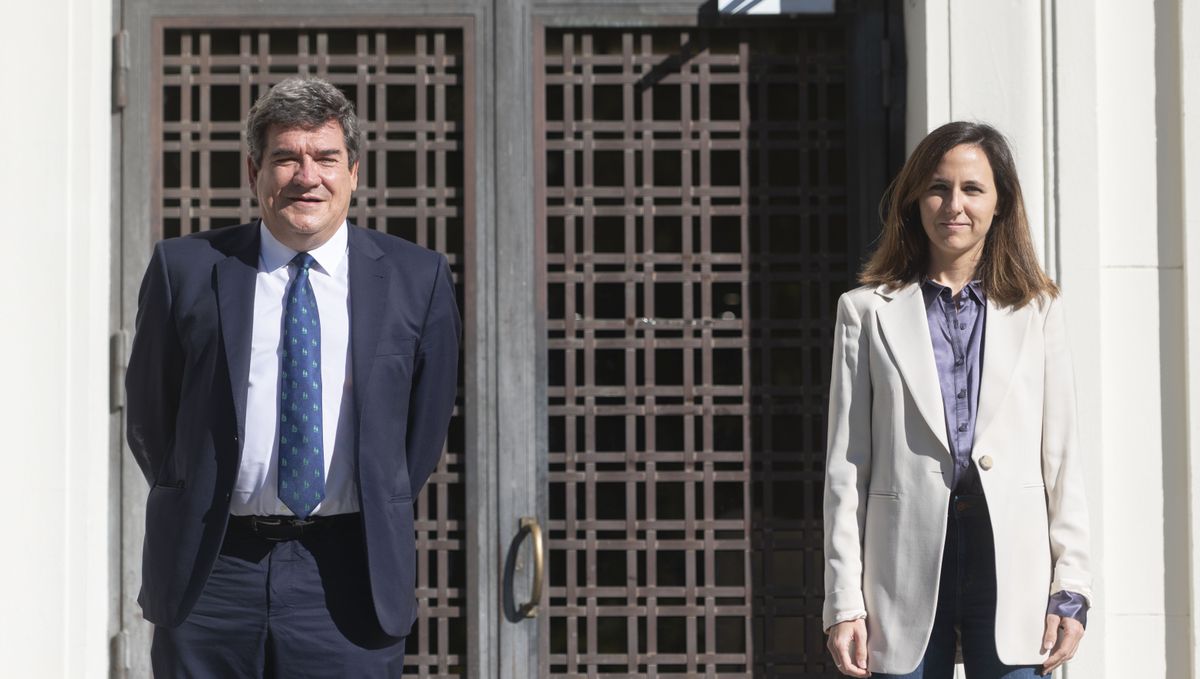 People who are unemployed and exhaust their unemployment benefit will be able to automatically access the minimum vital income (IMV), thus avoiding a transition period without income between one social protection mechanism and another. This is one of the novelties to expand the coverage of the state minimum income that the Minister of Inclusion and Social Security, José Luís Escrivá , and the Minister of Social Rights, Ione Belarra , announced this Monday.

The different modifications to speed up access and the management of the minimum income are pending approval in Congress – which could take place before the end of the year – and through them the Government estimates to double, to 1.6 million, the beneficiaries of the IMV over the next fiscal year. Budgetaryly, the State has provided 3,000 million euros to pay for this minimum income during 2022.

The new modification that the Government has announced this Monday will allow Social Security to contact the beneficiaries months before the right to subsidy expires to start processing the IMV application and thus chain a payment with the other, if before said person does not has managed to find a new job.

The objective of the Executive is to prevent these people from falling ” into no man’s land “, as defined by the Minister of Social Rights, Ione Belarra, from which later “it is much more difficult to get out,” he insisted. The Minister of Inclusion, José Luís Escrivá, has also detailed other modifications that are only pending the parliamentary process.

As of its approval, those required by Social Security to accredit a coexistence unit are reduced from 12 to 6 months . Key element to calculate the disposable income and the consequent amount of the benefit. And it will also be shortened from three to two years necessary for the accreditation of independent living in cases of under 30 years.

The new modifications, once they pass the parliamentary procedure and enter into force, will allow minors ex-protected by the Administration to request the IMV if they do not have income. In other words, it covers those 18-year-olds, who once leave their administrative guardianship but have not yet been able to access an income.

New registration for NGOs
Another “imminent” novelty, according to Escrivá, is the opening of the registry of mediators with Social Security. This registry will allow non-governmental entities ( NGOs ) to be accredited in order to issue certificates of vulnerability and, in certain cases, request a minimum income benefit on behalf of individuals. Recently the Social Security has begun to accept certifications of social services from the municipalities for this purpose.

Escrivá has expressed some concern with the current coverage – the IMV reaches 340,000 homes in which some 800,000 people live – since “we see that there are people who could ask us for the IMV and they are not doing so.” That is why, in addition to these mediators, Social Security will activate units that will proactively contact those potential beneficiaries in the coming months to inform them that they are entitled to this benefit.