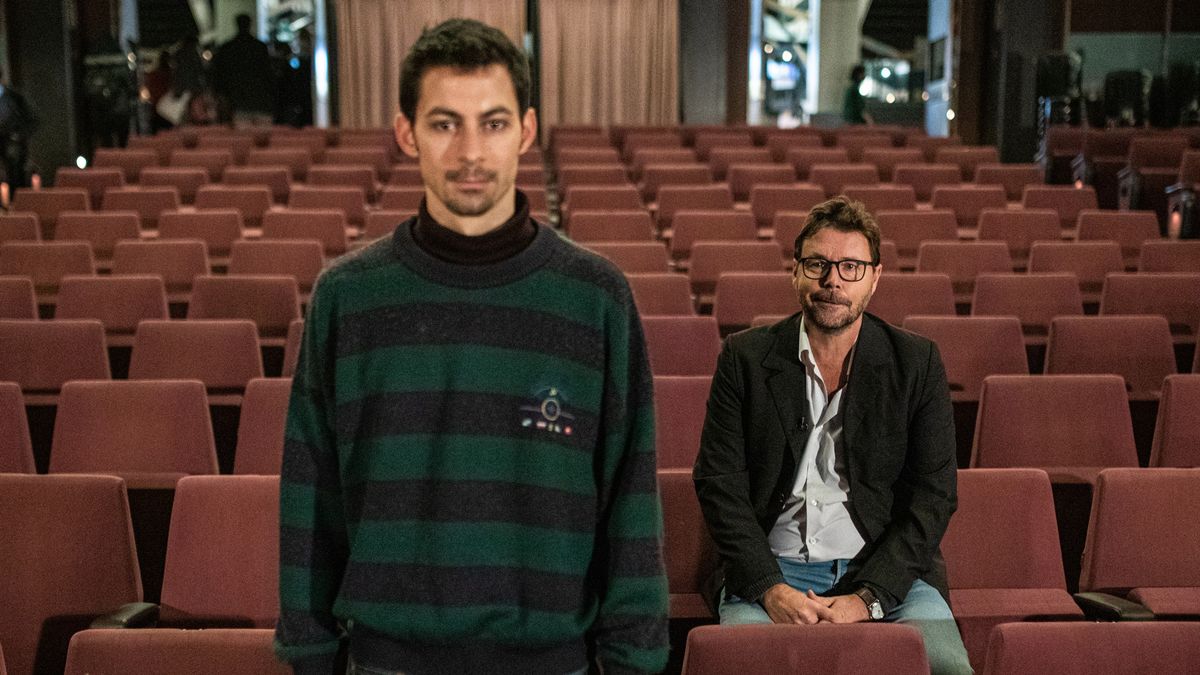 A stage raised above the first rows of seats in the Aribau cinema with the huge screen behind very close as if it were a great cyclorama welcomes this Wednesday the premiere of ‘Hamlet Aribau’, a Shakespeare of cinema despite not being a film.

This is the new bet by Oriol Broggi, director of La Perla 29, on the bill in this unusual space until the end of January, which has had the complicity of María José Balañà to launch into this new adventure. When the screenings at the Aribau end, the cinema with the largest capacity in the city – it has 1,200 seats – will return to its natural state.

Broggi and Balañà propose “a new experience” that integrates the theatrical representation with images filmed live, video creations and film stills from different periods, from Charles Chaplin to Akira Kurosawa; there are even images of ‘The Stagecoach’ by John Ford. Combining that impressive screen and sound with the stage play is one of the complexities faced by the director and his crew.

“Everything must go in favor of the actors, the screen must never ‘eat’ their work, but reinforce it”, explained Broggi in the presentation of this curious creation. The public will be seated in three bands , with the same plastic chairsused in the Gothic nave of La Perla 29 in the Biblioteca de Catalunya. Who expected to sit in the comfortable seats of the cinema, forget it. The only rows that have been left free are used by the actors during the performance. The assembly lasts three hours, not counting the half hour of the break.

It is, they explain, a ‘Hamlet’ that reflects the vulnerability of the human being, that fragility that the covid-19 has hinted at. A ‘Hamlet’ different in form but faithful to the original.

Guillem Balart, who shone in ‘Carrer Robadors’ at the Grec, makes his debut in the role of Hamlet . Nothing like his profile with that of Julio Manrique, actor with whom Broggi already mounted this famous title at the Biblioteca de Catalunya in 2009.

Julio Manrique, in one of the scenes from Hamlet, which arrives at the Biblioteca de Catalunya on Monday.

PREMIERE
Broggi explores Hamlet’s “ironic melancholy”
Balart, who appears in the foreground on the screen at times, “appears as a confused young man, with a stunned look, as someone who does not quite understand what he is saying because there is always some meaning that eludes us.” A young man at a crossroads between love, death and madness. A young man wanting to avenge his father’s death. Broggi, who already worked with Balart on ‘Litoral’, ‘Assadegats’, both by Wajdi Mouawad, and on ‘La guerra no té rostre de dona’, with texts by Svetlana Aleksiévitx, winner of the 2015 Nobel Prize in Literature, has full confidence on this 28-year-old actor.

Guillem Balart
Beyond the challenge of facing the character of the famous “to be or not to be”, Balart has had to face the technical challenges of this proposal where it is not enough to control what happens on stage.

To concentrate, the actor has grasped the essence of the play, the text. “Joan Sellent’s translation makes all those words that Hamlet says flow. It has not been easy but his work has allowed me to retain his thought and all the turns he makes during the work.” The cast is completed by Míriam Alamany (Queen Gertrudis), Toni Gomila (Poloni), Carles Martínez and Ramon Vila (who alternate as Rey Claudi), Marc Rius (Laertes), Elena Tarrats (Ofèlia) and Sergi Torrecilla (Horaci).