Catalan Employers Will Mediate To Save The Expansion Of El Prat 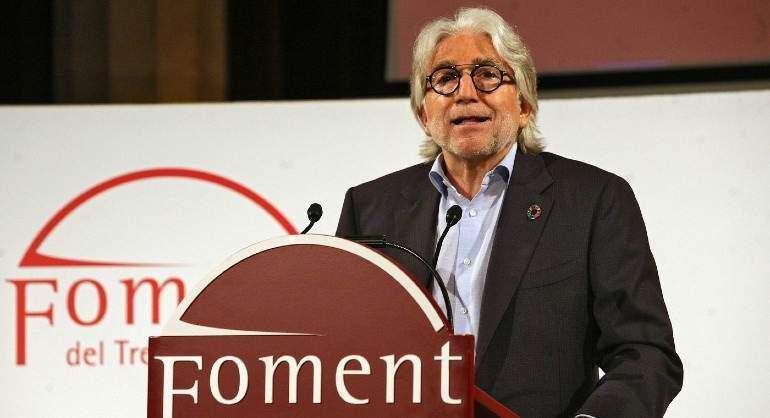 The employers’ association Foment del Treball will mediate between the Government and the Generalitat to reach an agreement that will allow the expansion of Barcelona’s El Prat airport and recover the 1.7 billion investment originally planned.

The president of the organization, Josep Sánchez Llibre, has been forceful and ensures that they will not “stand still” in the face of the “irresponsibility ” shown by the Catalan Executive and the Barcelona City Council with their refusal to turn the aerodrome into a ‘hub’ intercontinental.

However, the Catalan employers’ association, which considers the project vital for economic growth, has also criticized the open division in the Government between PSOE and Podemos, in the face of the opposition of the purple regarding the project.

Indignation
The indignation of the Catalan businessmen is evident after knowing the suspension of the investment, taking into account, in addition, that in front of what happens in Barcelona, ​​the Adolfo Suárez Madrid-Barajas airport has underway its own remodeling, with the creation of a Air City and the connection with the AVE, which ensures not only the creation of a large international hub, as claimed by the airlines, with IAG at the head, but also the absolute leadership of air transport in Spain.

As in other previous cases of disagreements between the central government and the Generalitat, Sánchez Llibre has already offered himself, according to the sources consulted, as a mediator to redirect the negotiation and carry out the expansion as soon as possible.

The objective would be to resume it this year, although both from the political and business environment there are serious doubts that it is possible.

In fact, the president of Aena, Maurici Lucena, has already made it clear that it will not be resumed for five years, when it is expected that El Prat will enter a saturation situation. “It will not be possible to include it again until the next Airport Regulation Document (DORA), starting in 2026,” he said last Thursday.

Airport skills
Now awaiting the mediation of the Catalan employers and fearing that the project will be paralyzed until the next legislature, the president of the Generalitat, Pere Aragonès, yesterday asked for the support of the businessmen to achieve the transfer of the management of Catalan airports and thus directly decide their future.

It is a request that has the approval of the Catalan social agents, although these days they are also claiming political responsibility on the part of the Government and the Generalitat to find a solution that allows a sustainable expansion with the environment. They are not willing to wait five years, until the next multi-year airport planning, as the Government and Aena have proposed, because by then El Prat will have already reached saturation, if the current traffic increase estimates are met, and execute a Draft work such as the one in question requires years of preparation and completion of the works. At the moment, everything is absolutely up in the air.

Sánchez’s personal decision
The President of the Government, Pedro Sánchez, was the one who decided to suspend the Barcelona Airport expansion plans , outraged by the ERC boycott of the proposal, which requires the support of the Generalitat and the European Union to move forward.

The last straw was the tweet by the President of the Generalitat, Pere Aragonès, contrary to the airport planning that must pass through the Council of Ministers before the end of the month for invading the natural area of ​​La Ricarda. Also influencing Sánchez’s decision were the statements from the ranks of ERC about which party members would attend the demonstration against the expansion called for September 19, according to sources close to the Government explained to elEconomista.

It was a determination of important economic consequences, but also of great political importance. The decision complicates ERC’s support to the General State Budgets (PGE) and consequently to the arrival of European recovery funds, but precisely for this reason, Pedro Sánchez can now demand a sense of State from the PP to carry out the Accounts of 2022, and wield its foreseeable refusal as responsible for depending on the pro-independence parties.

For his part, Aragonès also comes out strengthened, because despite his accusations to the state government of “blackmail” and “imposition” of a single option to expand El Prat, he leaves the door open to reach an agreement on the airport with more time, and it has avoided linking this issue with others, such as the Dialogue Table -which ERC defends alone and with permanent reproaches from the Junts- or the PGE. In any case, Aragonès affirmed this Friday in an interview on Catalunya Ràdio that the state maneuver to suspend the investment of 1,700 million euros for the expansion of the Barcelona – El Prat Airport “is not free or harmless,” reported Europa Press .

In the case of the president of the Generalitat, it is even beneficial for governance in Catalonia, since the option of invading La Ricarda was rejected by the CUP, and also by sectors of ERC, while allowing him to be more demanding in his political negotiation with the central executive, at the gates of the meeting of the dialogue table to be held in Barcelona on Thursday or Friday of next week.

Minister of the area
To achieve a way out of the blockade of the expansion, it must be taken into account that the Minister of Transport, Raquel Sánchez, knows first-hand the details of the airport, but is also conditioned by its past. As mayor of Gavà (Barcelona) until she assumed the ministerial portfolio in July, she was openly opposed to any action in El Prat that implied increasing the noise to the surrounding towns. In fact, it supported the proposal chosen by Aena because it meant expanding the facilities to the East, with a neutral impact on noise pollution in residential areas, located in the western part.

But the Government has opposition to an expansion of the Barcelona airport with environmental effects in its own bosom, by United We Can.