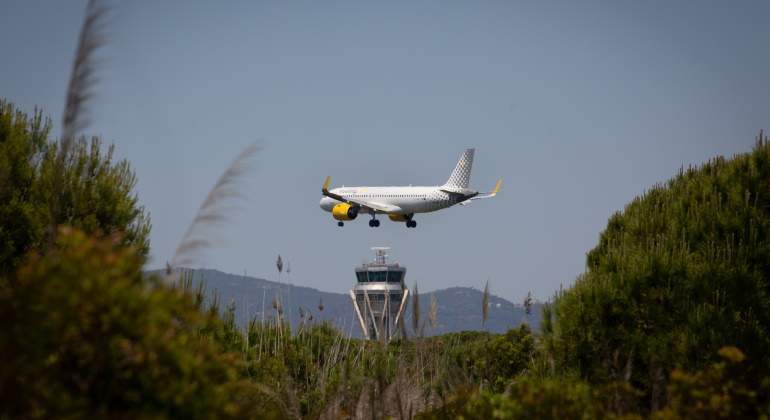 The stoppage of the expansion of the El Prat Airport has put all economic and political sectors on guard. The “lack of confidence” on the part of the Government of Catalonia, as denounced by the Minister of Transport, Raquel Sánchez, a few days ago, led to the cancellation of a project that was forced to invade the protected natural area of ​​La Ricarda to prevent the Catalan infrastructure from lagging behind its European competitors.

Aena , in charge of developing the project, ruled out up to five alternative options during the first months of workfor this expansion plan considering that they would have a high impact on the territory and the population and finally opted for the proposal that now remains in the drawer.

Specifically, as can be seen in the attached plans, the company headed by Maurici Lucena chose to present several alternatives that went through the creation of new tracks that would allow it to reach the objective of operating with the capacity of 90 operations every hour.

To do this, two main options were proposed, the modification of the current runway operating mode (mixed mode or segregated mode with change of runway role) or the provision of a runway with sufficient length for the operation of widebody aircraft ., that is, those that have a double aisle and are used mainly for long-haul flights. This last option required the expansion of one of the current tracks or the construction of a new one. With this idea, several options for action were raised.

The first of these consisted of maintaining the existing configuration and adding operational improvements in mixed mode, or changes in the role of tracks in segregated mode, allowing to achieve that objective of 90 operations per hour. From the point of view of the impact on protected areas, these alternatives would be the most appropriate, as the current limit of the airport service area is maintained. On the other hand, it would increase the noise and, as a consequence, the inconvenience to the neighbors of the neighboring areas.

Therefore, a second option was proposed, to extend runway 07R / 25L in segregated mode, occupying the La Ricarda area . Although at an environmental level this solution was not the most appropriate, the expansion to the east (towards Barcelona) is the one that generates the least noise, and improves the current situation, by allowing turns towards the sea to occur earlier for most take-off operations, achieving 90 maneuvers per hour.

Additionally, other options were raised, such as the construction of a new runway to the South in segregated mode or in an independent mixed mode or the creation of another to the North in both formats. All of them, according to Aena , can provide a capacity even higher than the 90 operations per hour sought by the expansion, but they have been discarded due to their “high impact on the territory.”

Finally, the option chosen was the second one that, as can be seen in the map, invaded the protected area of ​​La Ricarda. On the other hand, according to Aena sources, both the central government and the Generalitat and the airport manager agreed that this was the best option at least until the meeting on September 3 , when all parties gave their approval to the project.

This option allows the airport to plan a greater number of long-haul flights, increase the efficiency and performance of the use of parallel runways and reduce the acoustic impact of take-offs, reduce the taxi-time of take-offs from T2, with the corresponding savings in fuel and polluting emissions thanks to the by-pass that would be built.

To compensate for the damage to the protected area, Aena proposed different actions in order to maintain the habitats and populations of the species present in the space in a favorable state of conservation . In this sense, he proposed increasing the lands under protection by 280.8 hectares and restoring other parts, with special protection for different species present in the territory. All these measures, according to the airport operator, would not only improve the current situation of the Natura Network in the area, but would also significantly expand it, “becoming a benchmark for sustainability.”

Be that as it may, in recent months Aena and Enaire have already implemented some measures to maximize El Prat’s capacity with the current technical characteristics. In this sense, last February the minimum separation between aircraft was reduced from 3 nautical miles to 2.5 as long as certain safety measures are met, such as that the runway is dry and there is a visibility equal to or greater than 10 kilometers . The Master Plan that must be approved in the future must guarantee the possibility of keeping the average runway occupation time of the aircraft less than or equal to 50 seconds, facilitating rapid take-off.

Price increase
The president of Aena, Maurici Lucena , predicted yesterday that the non-expansion of the Barcelona-El Prat airport will lead to its saturation from 2026 , which will cause the prices of the flights of the airlines that operate from there to rise . “Barcelona will reach a level close to saturation in a few years and will have to face competition from other airports such as Milan, Rome and Vienna, and that they should be happy because they have one less competitor,” he said in a interview in SER-Catalunya.

This saturation, as indicated by the Economist , will make it impossible for more routes to be incorporated and this will lead to an increase in prices by the airlines “due to the rule of supply and demand.” For this reason, the president of Aena has opened the door to ” continue talking with the public authorities “, after the Government has declared the agreement with the Government broken to approve the investment of 1,700 million euros that should allow the conversion of the Barcelona airport in a hub .

Girona and Reus plans
But beyond the stoppage of the El Prat expansion plans, Aena maintains the investments planned for the Girona and Reus infrastructures . These improvements will serve to increase the capacity of the other two Catalan airports, but will not allow the creation of the great intercontinental hub into which the Barcelona airport was seeking to become. Aena affirms that the development of a hub “is not feasible with two airports in different locations” and a distance of around 100 kilometers between them, “since it requires agile connections with reduced layover times”.

Specifically, a high-speed station will be built at the Girona aerodrome and actions aimed at improving and expanding both the terminal and the platform will be carried out, as can be seen in the map. To do this, 367 million euros will be invested through the airport’s Master Plan in order to multiply the number of passengers using these facilities by five to 10.1 million.

For its part, in Reus Aena will invest in improvements to the runway and platform and the renovation of the warehouse baggage inspection system, among other things, with the expansion of the Terminal Building recently put into service. The objective of this infrastructure is to reach 2,622,200 passengers at the end of the horizon set in its Master Plan. “We do not renounce to continue working and collaborating in promoting the complementarity of the Girona and Reus Airports,” Sánchez said on Wednesday.