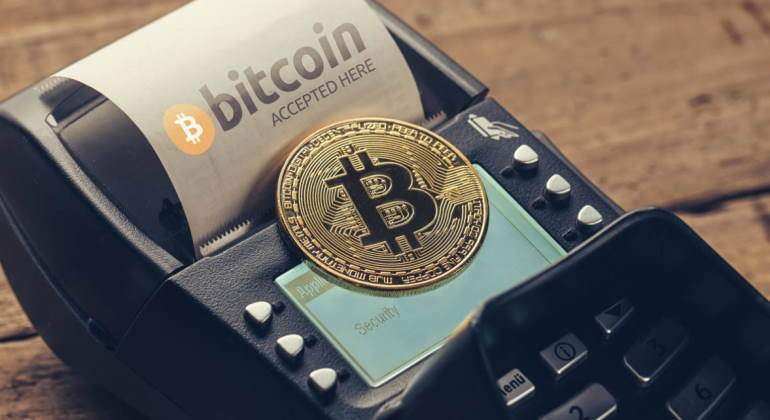 Paying with a virtual currency continues to sound like science fiction for a large part of the population. The criptodivisas , which is associated with an active volatile financial and unregulated by central banks have in their DNA a more unknown side and kind: to serve as payment.

So far it dominates as a risky investment asset without financial backing. Its use as money, however, is already knocking on the door . Microsoft allows users to pay with ethereum, one of the most widespread cryptocurrencies, in its cloud service, Microsoft Azure. It also accepts the most popular of all, bitcoin, for purchases from your personal Microsoft account: games, movies or applications.

Expedia, one of the largest travel websites, also allows the client to make transactions with bitcoin. And Fotocasa registered in March about thirty properties for sale in exchange for this cryptocurrency. Other companies such as KFC, Subway or Starbucks have taken the first steps in adopting this virtual payment method.

The landing, in any case, is taking place with nuances and reservations. “It is one thing for it to be a means of payment and another for the transaction to remain on the merchant’s balance as bitcoin. What happens is that it is being converted into euros,” says Javier Molina, eToro spokesman.

“We are still far from standardization as a form of payment while it has this volatility,” he adds. Miguel Camiña, Micappital’s financial advisor, present in the Finect network , concedes that “as a means of payment in Spain some entities are beginning to offer it”, but he is cautious: “We do not know at all for what type of operations the companies are accepting them for. large companies and global banks “.

Criptan is one of the Spanish firms that has most explored the use of these virtual currencies. It offers its clients payment solutions with three of the thousands of cryptocurrencies that exist, the most established ones.

Jorge Soriano, co-founder and CEO of the company, affirms that “this is a form of money and people are going to want to spend and enjoy that profitability. Crypto has come to be adopted by the vast majority of the population, not by a minority sector that speculates with them “.

The idea of ​​the company is to make the use of virtual money everyday, although they are aware that several stages remain to be burned until the fluctuations of this asset are controlled. Criptan has two payment methods: the MasterCard card – “because psychologically people feel confident about having a card like the bank’s” – and the payment gateway to pay directly with a cryptocurrency.

“We are going to Mexico to give access to Latin America, so that they can enter where cryptocurrencies like money have an interest, because there their currencies are much more volatile,” says Soriano.

How much can I earn by investing in the long term?
Precisely the markets with the most unstable currencies for Miguel Camiña may be the greatest beneficiaries of cryptocurrencies. “There, bitcoin may be a more protected means of payment as it is controlled by an entire chain, the blockchain, and not by a single monetary authority.”

Also in areas of Africa where a weak currency adds to the fact that there is little penetration by banks. “A high percentage of users have access to the internet there but not to banking. It would be a good way to use it as a means of payment,” concedes the Micappital advisor.

Other voices say that volatility, the greatest workhorse, can be counteracted. Miguel Caballero, tokenomics manager at Criptonáutika, explains that there are “ways to model a token to avoid volatility. If we are able to generate a financial instrument that gives a return, regardless of whether the crypto rises or falls, with the guarantees it has. in terms of liquidity, to be able to come and go whenever you want. “

Cryptos for everyday
The use of cryptocurrencies by individuals and companies is gaining ground in Spain. Tourism is Criptan’s bet to attract customers. A sector in which they appreciate a growing adoption of this virtual payment format. “We have focused a lot on that sector as a start because you have a currency that is global and people do not force them to make a currency exchange,” says Soriano.

The real estate crowdfunding company Housing hired its services to have a crypto payment method, as did the Mirai hotel search engine and some hotel and supermarket chains, which are integrating into this firm.

Construction also takes positions and bets on cryptocurrencies in real estate operations. The Onda Serrano development will become the first with a ‘covid-free’ architecture in Spain and, incidentally, also the first real estate project financed entirely with tokens.

The promotion is located in the center of Malaga and obtains funds with a security token offering (STO) approved by the National Securities Market Commission (CNMV). Those interested can position themselves in it with an investment from 500 euros.

Miguel Caballero explains that the collection model operates with two tokens (digital assets that are used in the ecosystem of a project): “Ondafijo has an annual interest rate of 10.5%, and ondavariable offers one return or another based on whatever the m2 in Malaga is revalued in 30 months “, indicates the member of Criptokuántica, the company behind the project.

How do you declare cryptocurrencies before the Treasury?
The new Anti-Fraud Law, approved this summer, incorporates the obligation to inform Spanish taxpayers about holding and operating with virtual currencies. Information on cryptocurrency balances and holders will be required.

Also of “all kinds of operations that have been carried out with them.” Model 720 will be the form where the taxpayer will report “declarations of assets and rights abroad regarding the possession of cryptocurrencies abroad.”