Consumers Expect Smart Machines To Take Over Their Daily Activities 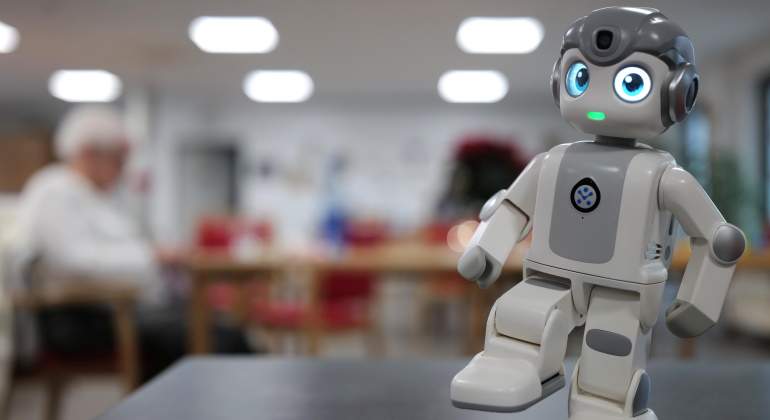 The telecommunications company Ericsson presented the results of its 10 Hot Consumer Trends 2030 study , in which a representative sample of 50 million people shared their expectations about the state of technology within the next decade.

This is the tenth consecutive year that this report has been published, and this time it focuses on the role that connected smart machines will have in our daily activities in 2030.

The survey on which this study is based was applied to 7,627 people between the ages of 15 and 59 who are regular users of technologies such as Virtual Reality (VR), Augmented Reality (AR) and virtual assistants, or who plan to use them in the near future.

“The findings of this study are relevant for Latin America as it includes the perspectives of users in two of the largest metropolises in the region: Mexico City and Sao Paulo.

It is exciting to see these expectations about the use of smart machines in 10 years , as it confirms that the Latin American market is eager to take full advantage of the technological advances that will be possible with 5G and future telecommunication networks , “said Catalina Irurita, Vice President of Marketing, Communication and Institutional Relations of Ericsson for North Latin America and the Caribbean.

The 10 expectations that users have about the future roles of connected machines in 2030 are:

6 out of 10 believe that by 2030 “exoskeleton” suits will allow them to carry just about anything and guide them through home repairs. While 76% of those surveyed believe that there will be smart suits that correct the posture of their users in all daily activities. Half even assured that they would be willing to use this type of suit.

Guardian Angels
3 in 4 believe that by 2030 there will be “privacy guardians” that will help them reduce their digital traces on the network, that they will be able to fool surveillance cameras and that will block electronic intruders. 30% of those surveyed believe that they will also warn about unforeseen dangers, while 75% think that there will be devices that find stolen items or that were not returned on loan.

Community bots
78% of those surveyed believe that by 2030 there will be a watchdog service that will not only take care of your home, but will alert neighboring watchdogs in case of detecting the presence of intruders. While 74% think that in 10 years there will be community devices, such as mowers that organize themselves autonomously and maintain common areas in a neighborhood.

43% of people who would like to have community bots would be willing to delegate their identity to a device that represents them in common scenarios, such as: negotiating rent, using their credit card or even voting in their place.

Sustainable bots
To prevent future extreme weather, 82% of those surveyed believe that in 2030 smart devices will warn of strong storms by sharing information with other people’s devices.

The devices will be more sustainable. 83% think that in 10 years there will be self-rechargeable batteries that will generate energy from sources such as the sun, movement, rain and waste. While half say they would like to use a water purification device that adapts to new pollutants and learns new ways to purify.

What’s the Best Way to Pay Yourself: PAYE or Dividends by Neil Debenham