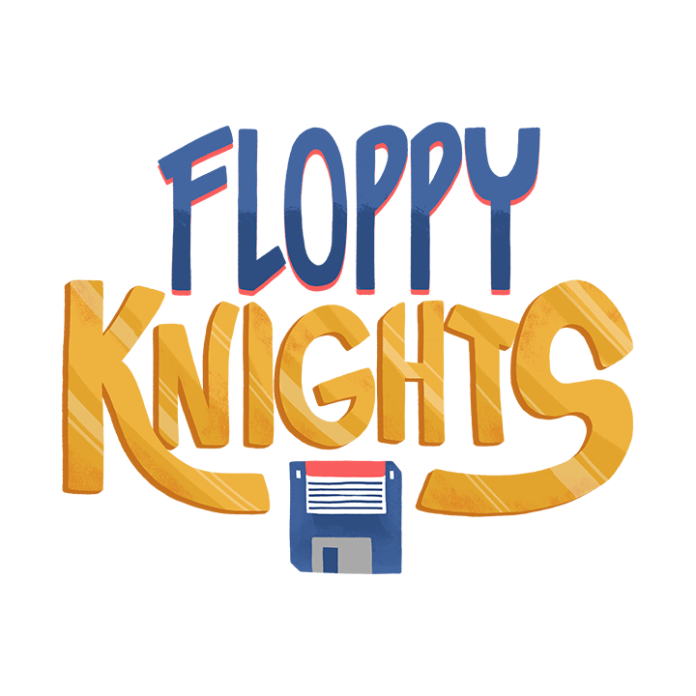 Take the role of brilliant young inventor Phoebe in the adventure of a lifetime. Mix and match Floppy Knight cards, the floppy disks turned into tangible projections of plants, monsters, and other collectible battle creatures, to build powerful decks and beat the troublemakers terrorizing her hometown. Help out local farmers, prevent the cancellation of the annual Science Fair, survive a robot invasion, and many other shenanigans in turn-based battles alongside her trusty robot-arm (and BFF!) Carlton.

Strategize your turns according to the special cards generated by each Floppy Knight to maximize their distinctive boosts and actions. Upgrade cards during battles to swing the tide in Phoebe’s favor by restoring health, increasing attack range, and other boons. Round out a strong team by completing secondary missions and win BigCoins to unlock new cards at Phoebe’s programming workshop.

Save the annual Science Fair from cancellation as a nearby volcano threatens to erupt. This is Phoebe’s year to take down Alex, a major copycat and super-mean nemesis, and her knock-off robot Snarlton. Win the coveted first-place cash prize at the Gadget Cup and find a whole new world of adventures waiting around the corner. Get Phoebe’s parents off her case (finally!), face the dangers of a spooky misted forest, escape an icy cavern prone to cave-ins, and survive a robot invasion, all with the help of the fearless Floppy Knights. Becoming a local hero isn’t easy, but with the right companions at her side, Phoebe might just be ready for it.

“Floppy Knights is a wholesome adventure about becoming a hero when you least expect it,” said Marlowe Dobbe, Floppy Knights Creative Director. “We all experience ups and downs, and Phoebe’s story is an example of that–only much more magical and exciting!”

Floppy Knights debuts on Xbox One, Xbox Series X|S (via backwards compatibility), Xbox and PC Game Pass, and Steam for Windows and Mac users on Tuesday, May 24, 2022, for USD $19.99. The game will support English text with additional languages to come in future updates. The soundtrack is available for purchase for USD $7.99 and streaming via Bandcamp.

To stay up to date with all things Floppy Knights, please visit the official Rose City Games website, follow @RoseCityGames on Twitter, and join the studio’s Discord community.