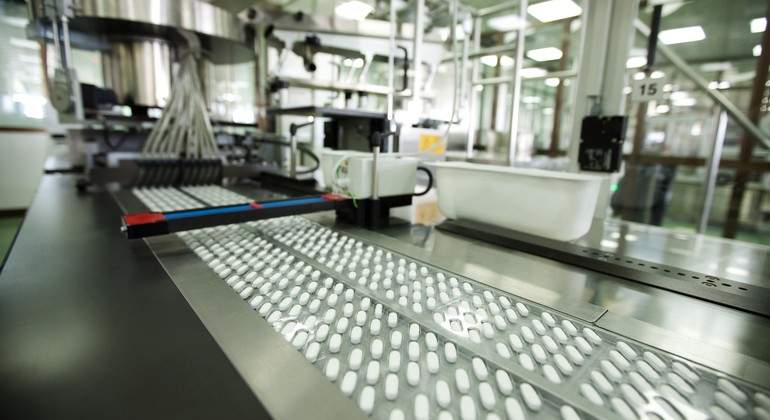 As predicted by Kai-Fu Lee, who one day led Google’s operations in China, artificial intelligence is beginning to rule the most important areas of society. Indeed, Alphabet, father of the giant of the Internet searches, has created a company so that this technology serves for the discovery of new drugs.

Isomorphic Labs is the new project of the multinational technology company in the United Kingdom , together with the London laboratory DeepMind, acquired by Google in 2014. “We are on the cusp of an incredible new era of biological and medical research. We are reinventing the entire discovery process of drugs, “the founder and CEO of both firms, Demis Hassabis, said in a statement.

It should be noted that, despite the fact that the company was presented last Thursday, Isomorphic Labs was registered in February in the UK Companies Register, as reported by CNBC . Despite having the support of a proprietary laboratory, Alphabet has already explained that both companies will be separated and that the new pharmaceutical company already has its own resources. However, the new company has not yet formed a work team and they are still in the process of hiring the staff.

“When relevant, teams from both companies can collaborate, especially in the early days as Isomorphic Labs is hiring their team,” Hassabis said.

Isomorphic Labs was born to be a world leader
Part of the success of the creators of Google is the investment in innovative and pioneering projects worldwide, from which they have extracted great returns. Proof of this is the TerraVision-Google Earth case, which has returned to the forefront of public opinion thanks to Netflix. This project is no exception, as Alphabet’s ambitions are to make Isomorphic Labs a leading global company .

“As pioneers in the emerging field of ‘digital biology,’ we hope to help usher in a surprisingly productive new era of biomedical advancements. Isomorphic’s mission couldn’t be more important: to use AI to accelerate drug discovery and Ultimately finding cures for some of humanity’s most devastating diseases, “said the CEO of the lab.

In fact, Alphabet already has experience in the field of medicine. Firms such as Verily, which is developing software for the healthcare sector, and Calico, which is working on aging and human life extension, are owned by the tech giant.

Similarly, DeepMind also has extensive experience in the sector, with great contributions to the industry. So much so, that just a year ago the company announced the discovery of one of the industry’s most cutting-edge technologies : an artificial intelligence system that can accurately predict the structure into which proteins will fold in a matter of days. An advance that responds to 50 years of doubts.

“The AlphaFold2 system is able to predict the 3D structure of a protein directly from its amino acid sequence with precision at the atomic level. This has been a watershed moment for computational and artificial intelligence methods for biology,” concludes Hassabis.