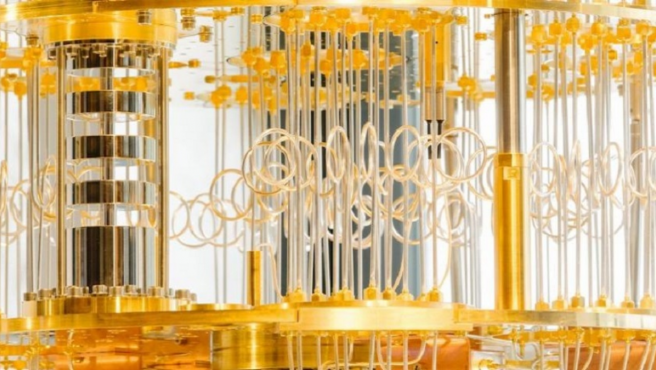 Karpathy showed images of the supercomputer at his lecture.
Of that money that will be given in 2021, 10 million euros will be for the development of the first quantum laboratory and chipsets, 7 million will be invested in software and the creation of quantum algorithms, and 5 million will go to the manufacture of a platform in the cloud based on the quantum computer .

Thus, the main objectives of this plan are:
Manufacture a high-performance quantum computer to help the research sector in the development of Artificial Intelligence .

Carme Artigas, Secretary of State for Digitization and AI, explained that Quantum Spain is ” a collaborative project involving 25 research centers in 14 communities “, such as the CSIC , the DIPC, the ICFO and some Spanish universities. In addition, the National Supercomputing Center will be responsible for coordinating this initiative.

IBM Quantum System One installed in Germany
It is still unknown where the quantum computer will be located, but the Secretary of State has explained that it will be known in a publication in the BOE . Despite this, the main bet seems that it could be the Barcelona Supercoputing Center.

The Secretary of State predicts that in the fourth quarter of 2022 they will have the quantum laboratory built with the first 1 and 2 qubit computers . On the other hand, they also estimate that by the end of 2024 they will produce 5-qbit quantum computers and that the remote access platform for quantum chips will already be operational. Looking ahead to 2025, they aim to produce computers with 20 qubits .