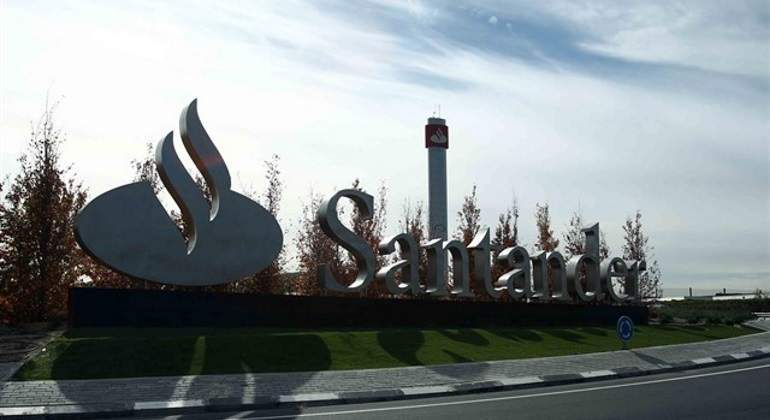 The Santander has made a profit of 3,675 million euros in the first half of 2021, which contrasts with the historical losses of the same period of 2020 by adjustments in foreign subsidiaries, and stands above expected by analysts .

The figure also exceeds the performance of the first six months of 2019, when it reached 3,200 million. The bank indicates that the ordinary result was 4,205 million euros, 153% more in constant euros, without considering the restructuring costs of the first quarter, of 530 million.

Revenues for the semester amounted to 22,695 million euros, 8% more than in the same period of the previous year in constant euros (that is, without the impact of exchange rates), thanks to the growth in volumes and results in all regions.

The entity’s net margin grew 13% year-on-year in constant euros, to 12,318 million, driven by an increase in loans, by 2% and deposits, by 4% in euros. In current terms, including the impact of exchange rates, this parameter rises 3.8%.

With these numbers, the return on equity of the group chaired by Ana Botín stands at 9.53% in June, although at ordinary levels, the ROE reaches 10.17%. In this way, the president Ana Botín, points out that the bank is “in line” of exceeding the objective of return to shareholders for the whole of the year.

Likewise, it reiterates the intention to pay between 40-50% of ordinary profit in dividends, thus resuming the remuneration policy, once the ECB has lifted the veto on the remuneration of the partners. In fact, 1,662 million have already been reserved for a future distribution in capital, which represents 50% of the result.

The CEO, José Antonio Álvarez, has indicated that he does not believe that the ECB opposes this dividend policy, since he hopes that the stress tests that will be published this Friday the bank “will go well” as it has done on previous occasions due to its strength and recurrence of income.

In addition, it has advanced that the decision on the distribution and the calendars will foreseeably be adopted in the September council, so that the first payment charged to 2021 will be made in November, as usual.

Until June, the bank carried out provisions against the accounts of 3,753 million, which represents a decrease of 46.6%. It should be borne in mind that in 2020 the entity made an effort to make provisions in advance to face the pandemic. The entity has even released a small amount of provisions in its subsidiaries in the United Kingdom and the United States, due to an improvement in expectations compared to last year.

Álvarez has indicated that in the franchises in Europe and Spain, depending on the economic evolution, a similar movement could be seen in the next three or four quarters. “It is not ruled out”, indicated the banker, who has pointed out, yes, that the situation is much more favorable than initially estimated.

Another key to this performance is the group’s efficiency , after the adjustments carried out in Spain and the drive for digitization . 52% of sales were made through remote channels during the first half, compared to 44% in the same period of the previous year, and the number of digital and mobile customers increased by more than five million in the last twelve months.

Rial will leave the helm of South America
The bank, in addition to the accounts, has reported changes in the leadership of Brazil and the regional area of ​​South America. Sérgio Rial, CEO of the Rio de Janeiro subsidiary and head of the subcontinental area, will be the new chairman of the board of directors of the Brazilian division from January 2022.

After almost seven years, Rial will leave his executive functions in the franchise and will be replaced by Mario Roberto Opice Leão, who has directed the Corporate Banking area of ​​Santander Brasil since 2015.

Carlos Rey de Vicente, for his part, will be the group’s new regional manager for South America. He is currently responsible for Finance at Santander Brasil and a member of its management committee. He previously worked in the Bank’s America Division, so he has knowledge of the region after more than 20 years of experience in the region.