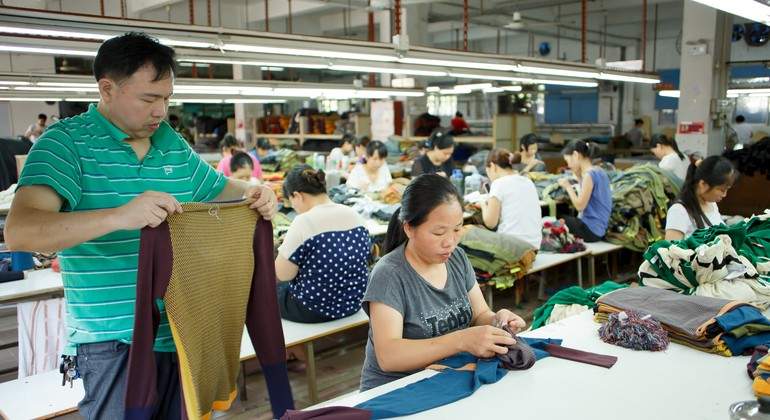 In China, a brutal work schedule known as ‘996’ is spreading, a 72-hour workday that is killing some employees. However, large technology companies in the Asian country defend this practice and implement it in their company.

The workers occupy their position from nine in the morning until nine at night for six days a week, hence their name. Alibaba CEO Jack Ma called this practice a “great blessing” for young professionals: “If you find a job that you like, the problem with 996 does not exist. If you are not passionate about it, every minute of going to work it’s a torment, “he said in a statement collected by Business Insider .

For his part, the executive director of the Chinese e-commerce company JD.com, posted on social networks: “lazy people are not my brothers.” A controversy in which Elon Musk could not miss, who believes that people who seek to have an impact in the world should work 80 to 100 hours a week . “Nobody has changed the world with 40 hours a week.” He said.

Some workers have died
Activists against this brutal workday allege that this practice is leading to deaths from collapse and exhaustion of workers. A 22-year-old girl who worked at Pinduoduo, an e-commerce company , died after collapsing on the streets of Urumqi, a city in the Xinjiang region, after several hours of work. According to the South China Morning Post , some of his office colleagues took him to a nearby hospital, where he died six hours later.

As they explain from this same medium in the Asian country, for young workers of technology companies this exhausting work schedule means more fatigue and less time for basic activities such as sleeping, developing hobbies or having a social life outside of employment.

To combat these abuses, an anonymous activist launched the ‘996.ICU’ project, Reuters reports . It is a platform where the collective of workers share examples of excessive overtime. In addition, the web separates companies in a black list and a white list , users vote for the companies that carry out these practices, as well as the firms with better working conditions.