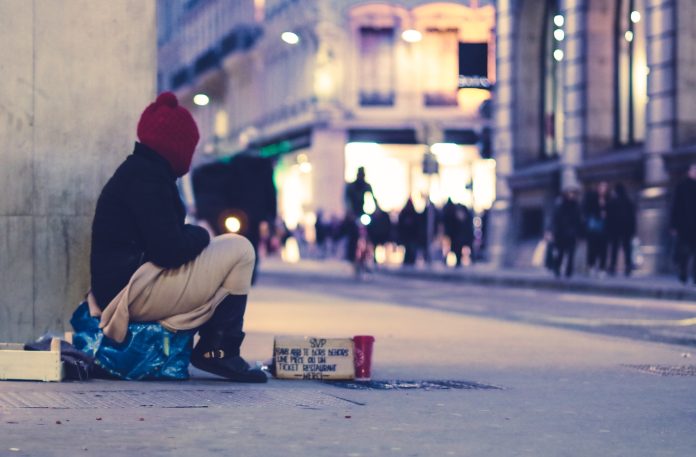 The current cost of living crisis has already had a huge impact in the UK.

Because high inflation has outstripped wage and benefit increases, people’s disposable income has been greatly reduced.

But that’s not the full story.

The property website Zoopla found that those who rent are now paying an average of £62 a month more than before the pandemic, and that rents are continuing to increase in most places.

Not only that, there has been a shocking rise in energy prices that has resulted in some having to choose between heating their homes and buying food.

A hike in fuel costs, as well as the impact of the conflict in the Ukraine, has seen food prices rocketing with some predicting that cheap food in the UK will be a thing of the past.

It’s a tidal wave of circumstances that has serious implications for those who are working to put an end to homelessness.

Many households who see their disposable income disappear will no longer be in a position to support the homeless with regular donations to charities.

Meanwhile, those who were already operating within extremely tight budgets may find that they too are at risk of losing their homes because they can’t afford to pay soaring rents and fuel bills.

The fact is that when the cost of living increases, so does homelessness itself.

And that is why the work of homeless charities is as important as ever. While giving money directly may not be an option for some people, there are many ways the homeless can be helped during the cost of living crisis.

Centrepoint, the leading charity for young homeless people, is seeking innovative ways to tackle the problem and has appointed two influential chairs – Javad Marandi and financier Jamie Reuben – to help them achieve their goal of ending youth homelessness by 2038.

The growth board is an ambitious multi-million pound project that is the first of its kind anywhere in the world, taking on youth homelessness in a more holistic way.

Its objective is to provide vulnerable young people in society a chance to build sustainable careers without having to deal with the burden of housing market prices.

It’s a scheme that is being made possible with help from businesses, entrepreneurs and local councils as well as the fundraising efforts of individuals.

Help can come in many forms, according to Centrepoint, and it’s not necessarily in the shape of regular donations.

It insists that giving time can be just as effective while still raising money in the process.

Centrepoint’s annual Sleep Out fundraiser is one such way to raise money and awareness of the homeless crisis.

It is a challenge that encourages people to raise money by sleeping outside, whether it’s camping with friends or sleeping in their office with colleagues.

Other suggestions include volunteering to help vulnerable young people, perhaps by teaching them a skill, and making donations of food and unwanted clothing.

Homelessness is not going to go away any time soon and the cost of living crisis may even make things worse in the short term.

For example, the recent homelessness monitor published by Crisis and Heriot Watt University warns of an enormous increase in the number of homeless by 2024.

Those without a home must be helped by schemes that provide them with affordable housing. They also need a way to support themselves, whether it’s through education, apprenticeships, or jobs.

Giving aid to the homeless at this time presents a challenge to Centrepoint and other charities, but given the cost of living crisis looks set to continue indefinitely, practical solutions need to be found to ensure that the homeless can get back on track with their lives.