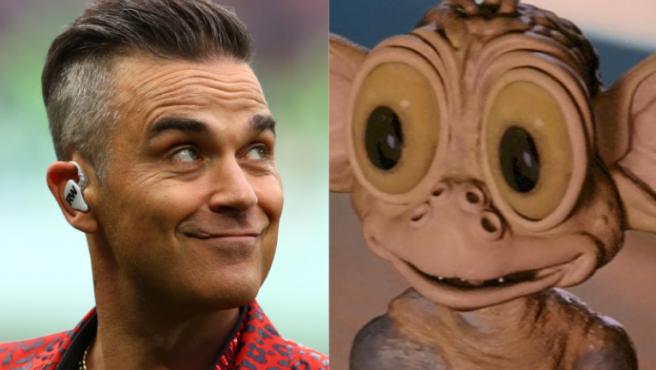 Thanks to Bohemian Rhapsody (or because of him), we live in a time of overabundance of biopics about musical figures. The Freddie Mercury movie gave way to Rocketman and one of the big projects coming up on the billboard is the vision of Elvis Presley by Baz Luhrmann ; hence what Robbie Williams wants to do with his own biopic is so refreshing. A few months ago we knew that the pop star was looking for someone to produce a movie dedicated to his life with a most peculiar starting point: instead of being the protagonist in the flesh, we would see a monkey created at all times by CGI sing your songs and speak with your voice.

For some reason, Williams had so far been unsuccessful selling his proposal, but he had found a valuable ally in the figure of Michael Gracey . The latter obtained a great box office revenue with The Great Showman , and has undoubtedly been decisive when Better Man (that is the title of the monified biopic ) finds who finances it. Thus, and according to Deadline , Better Man has set a filming start date in early 2022, taking place in Melbourne, Australia. It has succeeded according to Roadshow Films promised to distribute the film. “I am very excited to make this movie with my friend Michael Gracey”, Williams has stated.

Better Man will be filmed at the Dockland Studios in Melbourne, and everyone involved in the project assumes that it is going to be a bombshell. ” Better Man is turning out to be a huge event and we couldn’t be happier that it is filming in Melbourne, which is also Michael Gracey’s hometown,” says Joel Perlman , Head of Roadshow Films. Since Gracey is Australian, the director is pleased that he doesn’t have to go far to work. “Telling the beautiful story of Robbie Williams in my own town is a dream come true,” he says.

The film would require a sum of about 100 million dollars, but has the reputation of Williams as a guarantor of the project. Responsible for songs like Feels or Angels , the British artist began triumphing in the boy band Take That to later break several records as a solo musician, reaching number one no less than 11 of the 12 albums he has produced. It is unknown if the starting point was his idea, but it is not a bad thing to remember that we have already seen a digitized version of the actor in one of his most famous video clips.

We are talking, of course, of Rock DJ , launched in 2000 and surprising for the eschatological approach. In it Williams stripped down to a mass of muscle and bone in the style of the most explicit scenes in The Man Without a Shadow , and Better Man apparently wants to offer a proportionally close look at his life, both on and off the stage. And yes, we still have no idea what the monkey looks like in all this.