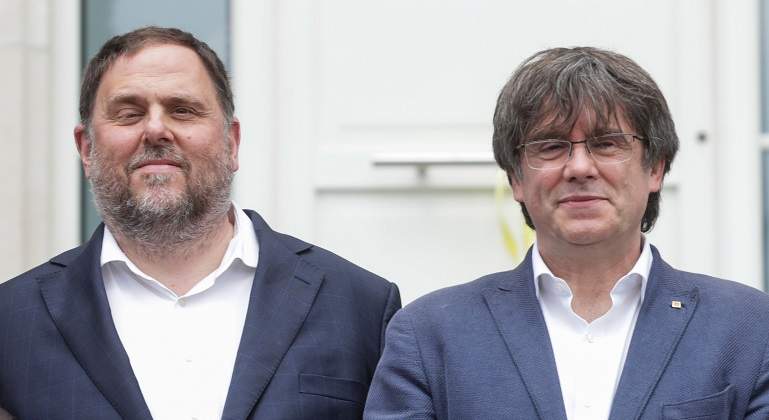 ERC has paid about two million euros to advance the bond that the Court of Auditors requests from all those affected who had responsibilities in the Government between 2016 and 2017, Republican sources have explained.

According to La Vanguardia , ERC endorsed part of the total amount requested by the Court of Accounts -5.4 million-, after this body rejected on Thursday the guarantees presented by the Generalitat through the Institut Català de Finances (ICF).

Thus, the Republicans have advanced “the part corresponding to the attributable expenses” to all the people prosecuted by the Court of Accounts and who were in the Government between 2016 and 2017, when the 1-O was promoted and ERC led the foreign action of the Generalitat, for which they have paid the bail of all the ex-officers of those years, whether or not they are from their party.

ERC sources have specified to Europa Press that the amount of this payment amounts to about two million euros, which the party has paid to avoid the embargo of all the affected people who had responsibilities in the Government of JxSí led by Carles Puigdemont.

Some of the ex-officials who will benefit from this ERC performance are the party’s leader, Oriol Junqueras and the former minister Raül Romeva, but also the former president of the Generalitat and also the Junts leader, Carles Puigdemont, among others.

However, all those affected by this cause who were part of the Government between 2011 and 2016, when the Republicans were not in the Catalan Executive , will be excluded , as is the case of the former president of the Generalitat Artur Mas or the former minister Andreu Mas-Colell.

The sources already cited have explained that the defenses of those affected will present the necessary resources before the Court of Accounts, but they have defended that “the priority now is to avoid embargoes.”

For this reason, the Republicans have wanted to act quickly “to avoid the personal and family affectation of dozens of people”, so that they have advanced the payment of bail to all those former charges and, according to ERC sources, they have done so in coordination with the rest of the affected organizations.

They have also pointed out that other affected people are depositing real estate to pay these bonds, as Mas has done presenting his home, but that “it is unknown if they could be used for the court to stop the embargoes, given the arbitrariness and speed with which the Court of Accounts “.

They criticize that the Court of Accounts does not accept any term to deposit the payments and that the embargoes may be imminent, and they dismiss this case against the external action of the Generalitat as being an “unprecedented economic hunt”.