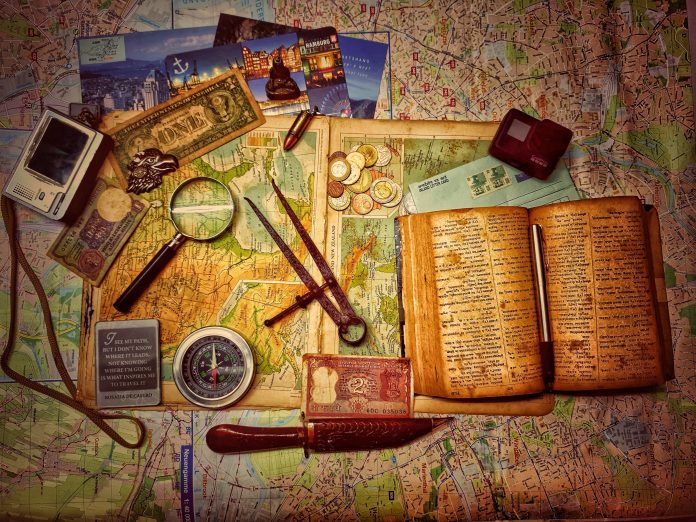 Can you think of anything more thrilled than discovering lost treasure? Well, there’s been reports of  social media users, whom luckily found money safe in a junk yard as well as a TikTok user in March, utilised heavy machinery to crack open the treasure chest, finding a thick envelope full of cash.

If you think that is exciting, here are some more examples of forgotten safes and shocking finds.

The world is full of long-lost safes. If you’re as lucky as Leigh Webber, you might discover one full of treasure someday. On February 22nd 2021, ‘Bondi Treasure Hunter’ posted a Tik Tok of his legendary discovery. Lost and forgotten at the bottom of an Amsterdam canal, he had found a mysterious collection of copper coins that read ‘Hortus Bonaticus 1682–1982’.

To find out if his treasure was worth any real gold, he researched the origin of these coins.

It turns out that this safe was stolen over 20 years ago. The coins were also part of a commemorative collection for the beloved botanical gardens. And only 500 were made! Do you think this modern-day copper rush is shocking?

If you’re renovating your kitchen, you might expect to find a creepy crawly or two beneath the floorboards. But what would you do if you discovered a hidden safe? One couple found themselves in this exact situation, and they unearthed $51,000!

As well as finding thousands of dollars, the couple discovered a mysterious treasure map in the safe. The original owners of the safe had underlined sentences within a book and used bookmarks with telling locations. We can only imagine what the map leads to – another $51,000 maybe?

A collection of diamonds and jewels

One couple, Matthew and Maria, found a rusty safe buried in their back garden. Once opened, they found a collection of diamonds, gold rings with jade, engagement rings, and a stash of cash. Overall, the safe was estimated to be worth more than $50,000!

Nestled between precious pieces of jewellery, they also found a piece of paper with an address written on it. Matthew and Maria tracked down the owners (luckily, they lived locally) and passed over their long-lost possessions. It turns out the was stolen from their home and they had given up on any hope to find it.

What could be better than finding diamonds and jewels? Well, unearthing precious historical jewellery might do the trick. During the late 20th century, a golden lunula was discovered in a stolen safe. This has been traced back to the Bronze Age, anytime between 300 BC and 1200 AD!

The story of this shocking find is even more unbelievable. Believe it or not, the original criminals who stole the safe accidentally threw this in a bin. Luckily for everyone who wants to see this lunula for themselves, the item is now stored in the National Museum of Ireland.

A first aid kit from WWII

The last of our shocking finds is another one from the history books. In 2020, after moving into a 1950s stone farmhouse, Jacqueline Antonovich found a forgotten metal box behind the stove. Inside was a first aid kit from the Second World War filled with medical equipment specifically for gas casualties. This is a goldmine for anyone, never mind the fact that she is a historian of medicine herself.

These are some of the most shocking finds in safes. Whether they are moments in history buried and forgotten or valuables returned to their owners, finding treasure troves is always exciting. Will you go treasure hunting?