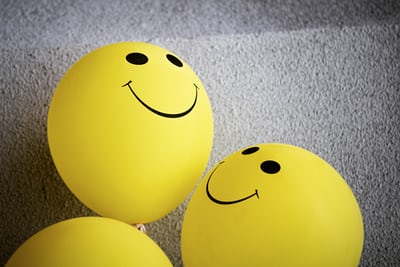 The issue of mental health is an urgent one, especially in relation to young people.

People in their teens and 20s, and even younger, are becoming increasingly vulnerable to the distress and unhappiness of mental illness.

And while the COVID-19 pandemic hasn’t had a physical impact on the young in the same way it has on older generations, mentally it is proving to be devastating.

Of course, schools, parents and society are more clued up about conditions such as depression and anxiety.

However, there is still the kind of stigma attached to mental health which doesn’t happen when we talk about physical illness.

It’s so much easier when symptoms are tangible, than when you can’t really explain how you’re feeling, or don’t want to own up to suicidal thoughts, or when you feel that self-harming or anorexia is your own fault.

As figures show, good mental health in adulthood has its roots in childhood.

In fact, 50 per cent of mental health problems are established by the time a person reaches 14, and 75 per cent by the time they are 24-years-old.

Around 10 per cent of children and young people, aged between 5 and 16, have a clinically diagnosable mental problem.

Shockingly, a total of70 per cent of children and adolescents who experience mental health problems don’t get any significant help.

While there are lots of initiatives out there, society’s attitude surrounding mental health is still a huge barrier when it comes to seeking help.

The Marandi Foundation understands how important it is that young people are able to talk about their mental wellbeing,  and to combat the stigma surrounding mental health it has joined forces  with The Royal Foundation.

The Royal Foundation is the charity founded by the Duke and Duchess of Cambridge to make a difference, and one of their main causes is mental health – specifically that of young people.

It has been bringing people together to explore more creative solutions to the problem.

They work with mental health charities to support young people, and have launched a series of initiatives, including the Heads Together campaign, which has taken the issue of mental health into the football arena to highlight problems among males, especially young men who are much more at risk of committing suicide (Suicide is the single biggest killer of men under 45 in the UK).

During the Heads Together campaign, The Royal Foundation teamed up with The Anna Freud National Centre for Children and Families, Place 2 Be, and Young Minds to tackle this in a more creative way.

In 2018, The Duchess of Cambridge launched Mentally Healthy Schools – a website designed for primary school teachers and staff that provides them free access to hundreds of the highest quality assured mental health resources including lesson plans, assembly plans, advice and information, making it easier for them to understand, talk about, and support good mental health in their school.

After 250,000 visitors to the site during two years of testing, the Anna Freud Centre is now in control of this valuable resource and is developing it further to ensure the assets it houses reflect curricula from Scotland, Wales and Northern Ireland as well as England.

It is projects such as this which The Royal Foundation and the Marandi Foundation will be exploring in order to help school break down barriers to improve the health and wellbeing of children in their care.