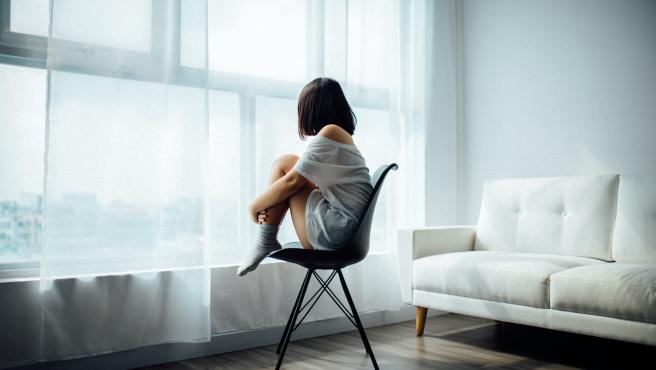 People with mental health problems bear a tremendous social stigma that marks their entire daily lives and that often derives from ignorance on the part of those who do not live with these conditions (at least, in the eyes of the rest of society). For this reason, it is vitally important to make an effort to understand what these problems consist of and especially how they affect people who experience them on their own skin.

This is the message that Dani transmits to 20Minutos , a 28-year-old young man who suffers from what we call borderline personality disorder (often called by its acronym, BPD). As he tells crudely, his diagnosis came when he was relatively older, “about 5 years ago. It was after suffering a very strong crisis and trying to commit suicide three times.”

Broadly speaking, by the name of borderline personality disorder we understand “a personality disorder that is characterized primarily by emotional instability , extremely polarized and dichotomous thinking, impulsivity and chaotic interpersonal relationships”, according to the diagnostic manual of the American Association of Psychology. It is estimated that it affects approximately 2% of the world’s population.

Thus, the path is not easy for people diagnosed with BPD, nor when seeking professional support. As he details, he started it after those suicide attempts: “I went to a hospital to ask for help and they told me that first I had to go through Social Security. There they assigned me a psychiatrist, who really worked as a psychologist with me, and after several months they gave me the diagnosis. “

In fact, he clarifies that he had already been receiving care long before. “Especially psychological, since I was 15 years old. Although I had a very long break without receiving any kind of help because the mental health assistance from the public service is lamentable.”

“Then I was with the psychiatrist that I mentioned before and from there, they referred me to a specific BPD unit in the clinical hospital. When I was discharged, I was almost two years without therapy and last year I returned to an association that specifically treats the TLP, “he continues.

“Psychological care has given me tools to face my life”
For most patients, receiving this care can make a difference. “(Psychological care) has given me many tools to face life and get to know myself better, especially in the hospital (‘where there were all kinds of therapies, such as dialectical-behavioral therapy, written therapy and occupational therapy, among others. ‘) and in my current therapy, “he says.

This does not mean, however, that it may be difficult to embark on this process. “My time in clinical settings I would define as hard, very hard . What was more the hospital, because you had to go from Monday to Friday, even if you were sick. If not, they would kick you out, because there were many people on the waiting list.”

Still, Dani highlights the people she has run into. “I have met many people who I have become very fond of . Although I have also been lucky, because there are professionals who only have the title of that.”

“There are days that are hell”
As many of those who have experienced mental health problems (be they depressive, anxiety or other disorders) will know, there are often aspects of them that accompany you throughout your life, even with very important improvements. This is how Dani explains it: “Every day is complicated. For me it was much more so before, because I did not know what was happening to me or how to manage what I felt. Today it is still difficult, but I know myself better, I know more how I work and that. makes it more bearable. “

“Still, there are days that are hell and you feel that there is no therapy or tools that can help you,” he sums up.

Dani adds that the TLP can also determine the projects and hobbies that one undertakes: “I am a person who demands a lot of myself and when I do not meet the objective, it affects me a lot. So much so that it can make me put the project aside, despite being something that I am passionate about “.

Both work and unemployment can be sources of mental health problems.
However, often this weight in day to day has to do with the relationship with others. “Although it may seem surprising, the most times I have felt misunderstood has been by close people : family, friends, couples …”

“I can get to understand it, because I didn’t even understand it . But sometimes you hear comments that hurt a lot. At the same time, I think that people with mental health problems have suffered discrimination for a long time, because we are associated with violent people. , that they do not know what they are doing or that they do absurd or implausible things, “he continues.

“At work, it only matters how productive you can be”
Of course, the same thing happens at work. “In the workplace it has brought me problems. Basically because I am a person who is not always well, and it is very difficult for me to face everything when I am bad,” confesses Dani, who currently works as a subtitler for television: “That does That may be a bit uneven in performance, but it’s not significant. “

“It is a systemic problem at work , as in many aspects of life. We are not allowed to be unwell or cry at work, it only matters how productive you can be,” he reflects. “Even if it is at the cost of physical or mental health.”

“We are light years away from being moderately well in medical care.”
Along these lines, Dani believes that there are important errors in the way society deals with mental health. “It is not that it fails people with BPD, it fails in almost all areas of mental health, ” he argues: “We seem like people who do not adapt to society, when today’s society is a true disease.”

“In terms of medical care, we are light years away from being moderately well,” he continues. “To this day there are still forced restraints, abuses, mistreatment of the patient … Not to mention how badly you are going to have it if you go through Social Security, as I said before.”

Psychological attention. Psychologist.
“It does not make sense that with all the people who are ill, we have an appointment every month and a half or two months,” he protests, “and it is not so much because they lack professionals, but because the conditions they have are very bad and they prefer to go to the health care private “sentence.

“In the work environment, protocols for action should be taught in cases of crisis and above all not discriminate against someone because of their condition, whatever it may be,” he continues, “and that it is not used as an excuse for not hiring or to say goodbye to someone”.

According to this young man, many of the conflicts stem from a lack of knowledge about mental health. “I think the first thing that should be done is to teach that because a person feels, thinks or acts differently, it does not mean that they are already sick in the head or that they have a problem,” he says. “Nothing is to be taken for granted when it comes to mental health.”

“The thing to keep in mind with someone who has BPD is that they are generally much more sensitive than the rest,” he explains. “There are things that to you can be incredible nonsense, but to me they mean a world and they can ruin my day or worse.”

In summary, “It is important not to take anything for granted and try to understand the other person, have patience and above all, give them all the love you can give”.

“There are things that for you may be silly, but for me they mean a world and they can ruin my day or worse”
In fact, Dani subscribes to the thesis, already pointed out by many voices from the most critical fields of the mental health sciences (perhaps the most iconic example being the French philosopher Michel Foucault), that the very language with which we refer to these phenomena are loaded with origin. This is how he expresses it: “Although I use these terms, I do not support them. I think that I am better understood that way, but that is also part of the problem.”

“You can get better, although with help”
Despite all this, he is optimistic. “I don’t know how I see my future, I have no idea,” he admits: “For me the most important thing is that at least I see myself in the future, whatever it is. Before I just wanted to disappear, every day.”

Social media can harm mental health.
“Obviously I have projects and goals, but I prefer to live in the present and take advantage of it, without neglecting things that I want to do later.”

And she has words for those who receive a BPD diagnosis for the first time: “I would tell her that the world is not ending; that life is and will be very hard, especially for her; that she can get better , although she will need a lot of help; And don’t be afraid to seek it out and lean on your loved ones or your professionals. “