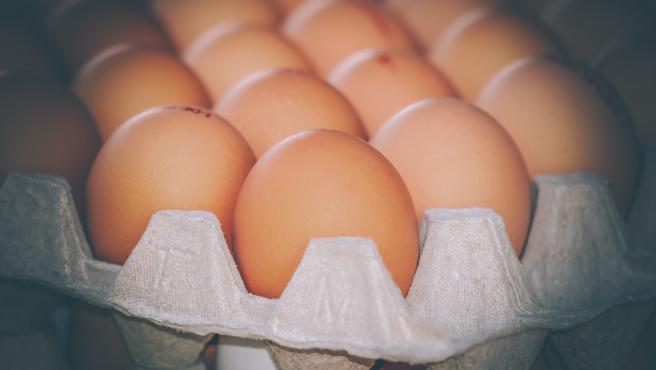 There are many people who, apparently, wonder if it is possible to freeze a raw (chicken) egg and still be edible. And, although it is an unorthodox way (at least, according to the culinary tradition in Spain) of treating this nutritious food, the truth is that it is possible, although it should not be done in any way.

The danger of salmonella
The reason for this is primarily sanitary. The egg is a food particularly susceptible to being infected by a series of microorganisms that are especially harmful to people, perhaps the best known being the salmonella bacteria .

Salmonella is found naturally in the intestines of many animal species, including humans and chickens. When ingested, it produces a condition known as salmonellosis, a severe form of gastroenteritis.

The risk of contamination of the eggs by this bacterium comes mainly from the shell, which is impregnated with salmonella because, basically, it comes out of the hen through the same hole as the feces ( the cloaca ).

Freeze without shell?
You might think that this risk disappears with freezing, but the truth is that this method does not kill all microorganisms as we normally think. Unfortunately, salmonella is one that survives the temperatures that a home freezer reaches.

In addition, when the egg is frozen with the shell intact, its contents expand and it is possible that it breaks, thus contaminating the interior of the egg. Not to mention that it might spill out of the freezer.

For this reason, organizations such as the US FDA (the Food and Drug Administration) that have issued recommendations in this regard advise freezing the egg without the shell in containers covered by a transparent film.

How great is the risk?
At this point, someone may object that the risk of contaminating the inside of the egg already exists when we break it without freezing it, at which point it is easy for it to touch the outside of the shell or even a fragment of the egg. same falls next to content; Seen like this, it seems that the concern with freezing eggs in the shell is a bit alarmist. And he would be right.

Although the safest option is to remove the shell before freezing the egg, the truth is that the real risk is not that great (as we said, it is similar to cooking an egg in the traditional way) and that there are a couple of precautions that we can take to avoid salmonellosis.

First of all, although freezing at domestic temperatures does not kill salmonella, it does impede its growth. Thus, while the egg is frozen, the infection of the egg content is ‘on hold’ and when it is thawed it is as if the contact between the white and the shell has just been produced … just as if the egg has just been cracked.

In these conditions, in itself, it should not entail a great risk to eat the egg while it is being defrosted (as long as it has not been spread through the freezer, of course), something that in fact the FDA qualifies (although it is necessary to note that in the United States it is common practice to process eggs intended for human consumption to eliminate salmonella, while in the European Union this is prohibited).

But it is that, in addition, what does eliminate the bacteria of salmonellosis is to cook the egg above 70 degrees. That is, if we make sure to cook the egg well before eating it, nothing should happen in any case.