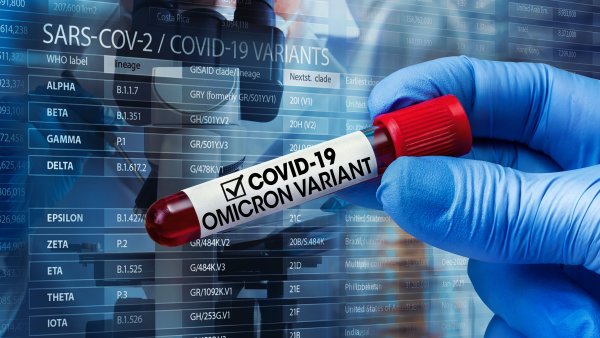 Located earlier this month in Botswana, variant B.1.1.529 known as omicron has been designated by the World Health Organization (WHO) as “worrisome” because the evidence presented so far suggests that this variant of the coronavirus has “several mutations that may have an impact on how he behaves, how easily it spreads or severity of the disease that causes ” , said wHO in its latest update .

“We take this omicron variant very seriously and we know that we are in a race against time,” said the president of the European Commission, Ursula von der Leyen , who asked “to prepare for the worst.” But what is known so far about this variant and what are its symptoms?

What are the warning signs of this variant?
Omicron has more than 50 mutations in its genome compared to the sequence of the original strain. Of all these mutations, 32 are in the protein S region and this is the factor that worries experts. “Preliminary evidence suggests an increased risk of reinfection with this variant, compared to others,” indicates the WHO.

There are still many unknowns surrounding this new variant, but more and more data is being known. In this sense, the South African doctor Angelique Coetzee was the first to alert about the existence of omicron after observing patients with different symptoms.

The expert found that among the confirmed cases there were young people with intense fatigue, as well as one under six years of age with a rapid pulse. However, none of the patients suffered loss of taste or smell, very common symptoms of the original strain and of some variants.

A divided Dutch Parliament today debated a government proposal to exclude unvaccinated people from the covid pass even if they have a negative test, while hospital pressure increases and infections rise, especially among primary school children. Teleworking and low temperatures, with a wind chill of just 2 degrees this Tuesday, have done much of the work keeping the population at home. Shops, restaurants and public transport were less crowded than usual, and even the skeptics of the covid-19 have not concentrated in front of Parliament during the debate.

How can the appearance of the omicron variant affect those vaccinated against covid-19?
“Her symptoms were different and milder than what she had treated before,” Dr. Coetzee told The Telegraph . Likewise, the expert has ensured that about two dozen of her patients tested positive for Covid-19 with symptoms of the new variant, mostly healthy men with a common symptom: generalized fatigue.

“We had a very interesting case, a girl of about six years old, with a fever and a very high pulse. But when I did the follow-up two days later, she was much better,” says the doctor and president of the South African Medical Association.

In another interview for the BBC, Dr Coetzee has pointed out that what they are seeing at the moment in South Africa is “extremely mild” . “We have not hospitalized anyone yet. I have spoken with other colleagues and the picture is the same,” he says. This doctor relates that it all began on November 18 with the arrival of a patient in his 30s who claimed to have been tired and in general pain for days.

What are the most common symptoms of Covid-19?
The most frequent symptoms of Covid-19 collected so far by the WHO are the following: fever, cough, fatigue, loss of taste and smell. Many people can develop other symptoms such as a sore throat, headache, diarrhea, or muscle pain. While more serious symptoms can include shortness of breath, chest pain or pressure, loss of speech, mobility, or confusion.

With the appearance and spread of the Delta variant, the symptoms varied from the original or British strain . The Indian mutation causes increased runny nose and mucus, as well as a sore throat and headache.

Vaccines have been shown to be highly effective in preventing serious disease, but they do not prevent contagion. In this way, the most common symptom picture among vaccinated people who are infected with coronavirus is milder and includes symptoms such as mucus, headaches or dry cough, among others.