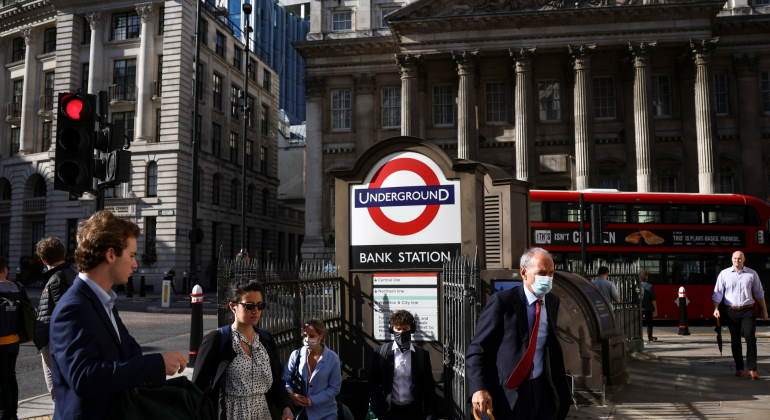 The Bank of England has not modified its monetary policy but it has added some nuances to its official speech. The central bank recognizes that inflation will not only continue to rise but will also remain above the target (the magic 2%) for the next two years. In addition, the CPI could reach variation rates of 4% in the remainder of the year and part of 2022, something that had not been foreseen in the previous report.

One of the tools of central banking is the word itself, communication. Therefore, it is not easy for one of these institutions to recognize that inflation is out of control, since these statements could have an amplifying impact on the rise in prices (through higher expectations).

In this way, the BoE continues to speak of a transitory inflation generated by temporary factors that will diminish over time. However, the bank does recognize that this transience is lengthening (prices will remain off target for two years) and will be more pronounced .

The question that a central bank should be asked right now is, how long does inflation have to be above 2% for them to stop considering it as a transitory phenomenon?

Inflation will continue to rise in the UK
The BoE researchers acknowledge that they have underestimated inflation as shown by the significant change they have had to make in their forecasts. “In general, the Bank’s staff now expects inflation to increase substantially in the short term, temporarily reaching 4% in the fourth quarter of 2021 and the first quarter of 2022, which is 1.5 percentage points more than in the May projection, “the bank says in its monetary policy report.

Steeper inflation
Although the BoE remains absolutely convinced that inflation will return to its course in the medium term, “the economy is expected to experience a period of inflation above the target in the short term that is more pronounced than expected in the May report.

Along with temporary supply constraints, the rapid recovery in demand has eroded available capacity, so the economy is projected to experience excess demand for a period of time. “

The report also makes brief comments on the global situation in which the evolution of prices also plays a leading role. Inflation has picked up in many economies, and prices of goods, in particular, have risen around the world.

Commodity prices have skyrocketed from 2020 lows and account for part of that increase. “Metal prices are now more than 40% above their levels at the end of 2019, for example. Higher prices for goods also reflect strong demand as consumer spending has slowed down. away from services during the pandemic. Investment in ICT equipment, facilities and machinery has also recovered more recently.

All of this is being reflected in the CPI today, but it will also do so ‘tomorrow’. BoE economists explain that “there may be a delay before consumer-oriented companies pass the costs on to their retail customers. While this would lower the peak inflation rate in the short term, it would make the impact more persistent over time. “.

“This suggests that cost shocks affecting UK import prices have tended to take some time to affect consumer prices, although their impact on inflation diminishes over time,” the bank notes.

Inflation yes, policy change no
Despite inflation being above target, the Bank of England’s (BoE) monetary policy committee has unanimously decided to keep benchmark interest rates unchanged at the all-time low of 0.1% and the size of its program bond purchase at £ 895 billion.

In this way, and although the institution anticipates higher inflation for a longer time, it seems that interest rates will remain low for longer, reinforcing the message that the European Central Bank and the US Federal Reserve have sent in recent months.

The BoE has stressed that inflation in the medium term (the trend) is what matters: “The Committee, as always, will focus on the medium-term inflation outlook, including inflation expectations, rather than on factors that are likely to they are transitory “, sentences the bank.