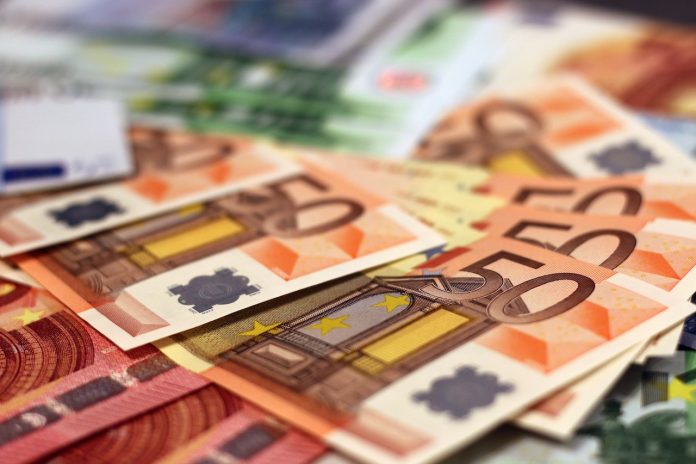 Money in all its guises has accompanied us almost from the moment our society was born. Just like humans, it has developed and evolved from simple means of payment into symbols of sovereignty and reflections of technical progress. Makers of money have been following suit, keeping traditions of old masters, and combining them with the latest advances. Let’s have a look at how one of such artisans – the French Oberthur Fiduciaire – originated and grew from a small enterprise to a solid international company.

Now the name Oberthur Fiduciaire is well known to over 70 central banks of the world. Could its founder, François-Charles Oberthur, have dreamt of it when he was opening the door of his new print shop in French Rennes in 1842? We can only speculate about that, but what we do know is that the business grew rapidly and managed to gain a monopoly on printing of popular postal almanacs within a few years. This was made possible by a fine illustration of the twelve months of the year on the almanac’s front side. The original design caught the eye of the French postal administration and laid the foundation for one of the world’s leading private security printers.

The characteristic artistry remains a trademark of the company to this day: “Today, we still seek to cultivate this sense of aestheticism, and put it at the service of cultures around the world,” says the current company’s CEO Thomas Savare. How much is a state whose money does not reflect its national identity worth?  Oberthur Fiduciaire’s customers do not ask this as the company knows: banknotes are not just pieces of paper. They are reflections of national cultures and embodiments of the state to which they belong, and the company’s designers consider it an honor to help reveal a nation’s quintessence. One of the company’s recent awards for the production of Costa Rican Colones confirms this: “This is us, this is our country,” said judges at the Regional Banknote & ID Document of the Year Awards 2021, where Oberthur Fiduciaire scored several prizes for prominent design.

Art keeps playing a great role in the company’s activities, but it is expressed not only in the design. The most sophisticated craftsmanship is hidden inside banknotes – in the form of secure technologies, thanks to which paper money gets the highest degree of protection. This art stems back to the 1940s, when the Bank of France encountered supply problems and turned to Oberthur printing works for help. This challenge could not be turned down, and, consequently, became a starting point on the company’s way to grow into a trusted security printer.

In the 1980s, the French printer, shaken by market turbulences but still standing, got its second wind with the arrival of Jean-Pierre Savare. He took over the printing works, named it François-Charles Oberthur to honor its founder, and committed to heavy investments in R&D. Over the next years, the printer devoted itself to the improvement and expansion of its activities. This move allowed the company to recover and make an ambitious takeoff in the field of secure means of payment and fiduciary printing (security documents and, above all, banknotes). Over nearly a decade, François-Charles Oberthur also acquired several tech companies to stimulate the business’s growth.

By now, these efforts as well as the habit of not standing still and keeping one step ahead, have resulted in banknotes stuffed with state-of-the-art technologies. This is not a fad, but a necessity: the company’s gears are turning fast to win a technological race against counterfeiters “who have become professional and organized,” as Thomas Savare explains. Currently, Oberthur Fiduciaire invests about 5% of its turnover in R&D to combat counterfeiting and protect banknotes and its clients. The result is a secure product, traceable and forgery-resistant, with features ranging from 3D security threads to fluorescent coatings and anti-copy background patterns, to name a few.

Trust Through Innovation and Development

The printer’s developments are supported by specific ISO and ECB certificates issued by independent organizations, which speaks of Oberthur Fiduciaire’s commitment eloquently enough: “We are not just making promises”, the company’s CEO notes. “We believe it is essential to adopt international standards established by trusted third parties. In this respect, the ISO standards we have put in place, whether in terms of quality, respect of the environment, safety, or the fight against corruption, with ISO 37001 for example, are, in my opinion, much more relevant arguments than any statements that we could make.”

This level of expertise finds its roots in the recent history of the company. By 2011, Oberthur Fiduciaire decided to focus on security printing, aiming for the best quality in the industry. The goal, however, required significant efforts, and so the business consolidated its assets and stepped up its activity in the field. Additionally, the French printer created a joint venture with Printing Works of the Bulgarian National Bank and acquired VHP, a banknote paper production plant. This acquisition allowed Oberthur Fiduciaire to have “an extremely efficient supply chain with little exposure to external factors”, explains the group’s managing director, Etienne Couëlle. All this was done to center on security printing as the company feels its responsibility and devotes all its energy to its main activity: “Our daily objective is to further strengthen our supply chain and to constantly pursue innovations, particularly safety and security features.” says Etienne Couëlle. “Innovation must remain at the heart of our business.”

Focused work has already born abundant fruit. Now, Oberthur Fiduciaire has full control over the production process of security printing, from design and creation through delivery and traceability, and develops complete end-to-end products. The success is expressed in figures: its clients, 70 central banks across the world, have already put their trust in the company. Products for them are manufactured at three secure production sites across Europe, with the capacity reaching more than 5 billion banknotes per year and trusted suppliers within close reach.

The stability stems from confidence in the future of the business: paper money is still the universal means of payment available to any citizen, regardless of whether their devices are good enough and whether their level of tech knowledge is high enough. In turn, the company’s expertise helps provide sufficient protection and assurance for users of its products not to doubt their money’s authenticity and quality. The last two words have been the unspoken motto of Oberthur Fiduciaire since its birth and are still relevant nowadays as they create customer trust, perhaps the most important ingredient of a successful security printer.