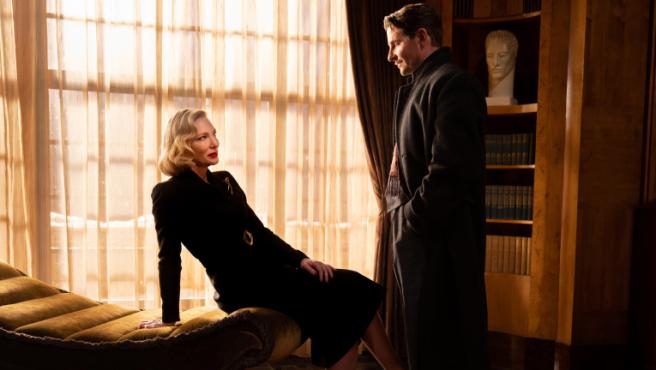 William Lindsay Gresham’s novel was so haunting and evocative that it was adapted for a film shortly after it was published. Edmund Goulding directed The Alley of Lost Souls with Tyrone Power and Joan Blondell in 1947, and more than half a century later Guillermo del Toro has set out to retrace his steps to launch his own version of the story. Nightmare Alley (also known as The Alley of Lost Souls in our country) deepens despite its update in the same time frame: some 40 years serving the director of Pan’s Labyrinth to honor the classic cinema of the time, and which ultimately motivated him to shoot the film in a specific way.

That is, in black and white. As we have seen in the previews, The Alley of Lost Souls is in color, but that was not its original format and Del Toro would like us to see it one day, in the style of Zack Snyder’s Justice League . Interviewed by IndieWire , the Mexican filmmaker has spoken on the subject. “I was a production assistant on a film with Gabriel Figueroa, who was the greatest Mexican cinematographer. I had a good relationship with Gregg Toland, they were great friends, “he says in reference to the legendary cameraman who worked with Orson Welles, Howard Hawks or William Wyler , among others.

Guillermo del Toro does not forget Lovecraft
“He told me that when you direct in black and white you have to use greens, reds and golds for the gray midtones. And we decided to take that palette in The Alley of Lost Souls ”, says Del Toro. Hence, the coloring is a later addition, and that the aforementioned b / w is not limited to a version from which the color has been removed. “There is a black and white version of the movie that I hope you can see. It is not a film in which the color fades ”, he continues. “It’s almost like a black and white screenprint that then has another layer. If you see it in black and white it is not as if you turn off the color ”.

“It looks exactly like a movie from the 1940s, in an amazing way.” All this suggests that The Alley of Lost Souls has an even closer kinship with the 1947 classic, although it remains to be seen what modifications Del Toro has introduced into the story. His next film after the Oscar-winning Shape of Water focuses on con man Stan Carlisle ( Bradley Cooper ) who teams up with a psychiatrist named Lilith Ritter ( Cate Blanchett ) to get rich. The cast also includes Willem Dafoe, Toni Collette, Richard Jenkins, Rooney Mara or Ron Perlman., and the film has already received rave reviews that make it a likely contender in the awards race.

It opens in Spain on January 28 , while its director already has his sights set on future projects thanks to his agreement with Netflix. From this we will have an animated Pinocchio , and Del Toro has already declared that he intends to resume his adaptation of In the Mountains of Madness by HP Lovecraft . As for the black and white version of The Alley of Lost Souls , hopefully it will somehow reach the public once the film is released.