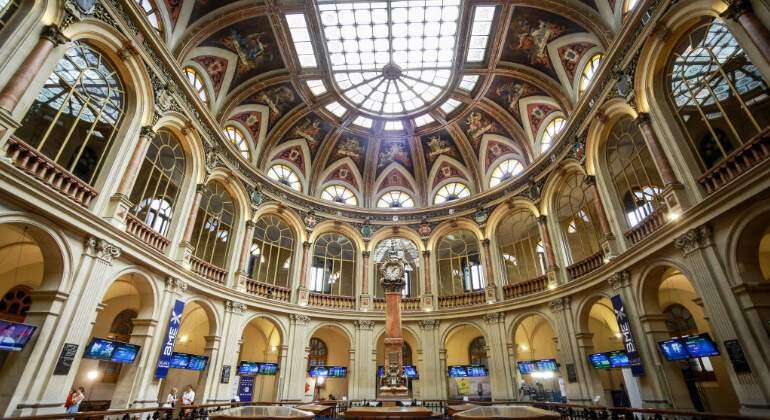 “We still do not claim victory since the Ibex 35 is again failing short in its attempt to beat the key resistance it finds at 9,000 / 9,055 points”, explains Joan Cabrero, Ecotrader advisor , who observes that “this resistance is the that must be overcome so that the downside risks are removed “.

Above 9,055 points “may favor the resumption of the upward trend towards first targets in the highs of the year at 9,310 points and following in the area of ​​10,100 points, which is where it was trading before the Covid crash and that I have on numerous occasions indicated that it is the objective to look for in the coming months “, remarks the expert in technical analysis of the investment strategies portal of elEconomista .

EuroStoxx is still below 4,100
“So far the correction we have seen from 4,252 to the 3,980 point area has been a replica of the one developed by the EuroStoxx 50 between June and July, which led to the main reference from 4,165 to 3,904 points” , observes Joan Cabrero, from Ecotrader.

“The reach of the area of ​​3,980 points has caused in the short term a bullish reaction in the EuroStoxx 50 that with the reach of first resistances of 4,100 points already begins to find difficulties to continue advancing, something that continues to invite us to be very prudent” , concludes the technical analyst.

Fear of inflation
Futures that trade on the benchmark indices of Europe and Wall Street anticipate falls this Tuesday on concerns about high inflation, fueled by the high cost of energy, and the possibility of greater regulatory crackdown on companies in China.

The forecast of a CPI of 5.4% in the US in September (known this Wednesday the 13th) requires the Fed to reduce debt purchases from November (tapering).

Oil reaches $ 84
The price of oil is showing no signs of weakness in recent days and continues to rise, both in Europe and in the United States, reaching 84 dollars for the European Brent barrel and 81 dollars for the US West Texas. The rise in Brent already represents a price increase of more than 62% so far this year.

With the advent of vaccination, the economic recovery has been strong and, little by little, the world is returning to normal. However, the situation in the energy market and in other sectors such as semiconductors or transport has generated a significant imbalance, due to a strong increase in demand that supply is not being able to satisfy.

For oil, the key is what is happening with natural gas. The price of this basic resource has skyrocketed in recent months, much more than that of crude oil (so far this year the price of natural gas has risen by more than 350%). This, however, is beginning to be passed on to the price of a barrel, which receives more and more demand as a substitute.

The interest on the Spanish bond exceeds 0.5%
If we look at the secondary debt market and specifically the benchmark Spanish bond, with a 10-year maturity, we can already see a tightening of the financing cost. The interest that is required of him has increased to 0.5%, from 0.2% in August of this year despite the record presence of the ECB.

The US bond remains stable at 1.6% this Tuesday, accumulating demand due to the fear of inflation and the expectation of the withdrawal of stimuli by the Fed, while the German Bund remains at -0.12 %, after reaching -0.5% in August.