Accommodation, Bars And The Air Sector Are Left Without Aid In Ertes 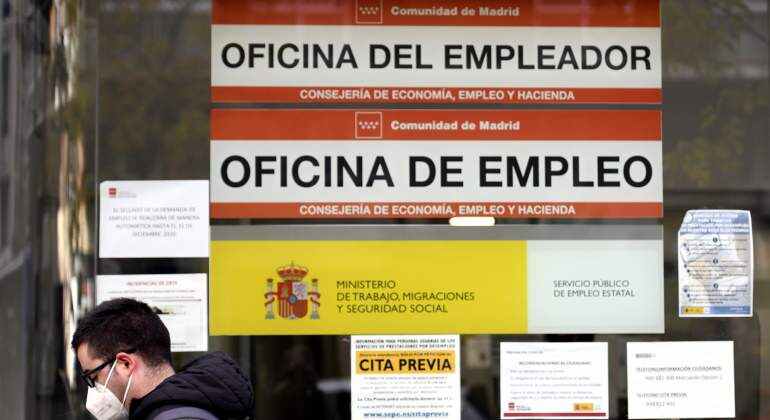 On September 30, the legal coverage that protects workers included in a temporary employment regulation file (Erte) of those created to face the labor impact of Covid ends. Sources of the negotiators express to the eE their concern about the possibility that large sectors such as catering, accommodation services or the airline sector will cease to be ultra-protected sectors, which makes them creditors of exemptions to Social Security contributions for workers in Erte. Most of the current 45 activities would no longer meet the legal requirements to be an ultra-protected sector.

The current model establishes two requirements for some companies in certain sectors to be considered ultra-protected. One, the 4-digit CNAE 2009 (more restrictive than the 2-digit ones) obtain special protection if the workers in Erte of said activity exceed 15% of the total number of affiliated to such CNAE. The royal decrees that the Ertes have developed and the following extensions have called it the “coverage rate”. The list of CNAE codes has been changing with each new extension: in the last one, on May 28, whose validity ends on September 30, 45 sectors were established (see attached table).

More affiliates, less Erte
A second requirement is established for each company that, in addition to belonging to one of these 45 CNAE, must have a reduced “recovery rate”; that is to say, that, since the beginning of the health crisis, less than 65% of its employees have reincorporated in Erte. The negotiators warn that there are no longer many companies that can accredit both requirements.

In reference to the CNAE activities, there are few and those that meet the requirement of 15% of the total affiliates of the sector in Erte. The number of people on file has decreased significantly so far this year. Since the annual maximum peak, February 25 (900,723), about 615,000 people have joined their former jobs and, since June 1, when the previous extension came into effect, 243,676. As of August 13, there were 286,829 people in Erte.

But if the divisor (number of Erte people) has decreased, the dividend (assets of the CNAE) has increased. According to Social Security data, members have gone from 19.1 million in January to 19.4 million in July. In addition, the sectors that have benefited the most from these increases are those most affected by the Covid. In July, among the sectors that added more employed people, Artistic, Recreational and Entertainment Activities (6.08%), Hospitality (5.69%), Activities of Households as Employers of Domestic Personnel (5.25%) stand out and Water Supply, Sanitation Activities, Waste Management and Decontamination (4.02%).

We will have to wait for Work to present to the negotiators of the Erte Monitoring Table the list of 4-digit CNAE that meet the requirement of 15% of Erte workers. However, there are already sectors of the currently ultra-protected that remain below 15%, according to the available data: number of people in Erte as of May 13 according to the 4-digit CNAE (to which eE has had access ) and affiliation that for 4-digit CNAE is from the first quarter of 2021 -Social Security has not provided the update to this newspaper- and for 2-digit CNAE, the record for the month of July.

The strong recovery of the hotel and bar industry has already left the sector out if the workers in Erte de Agosto are compared on the affiliation of the first quarter. In this sector, the decrease in people in Erte and the increase in membership has been remarkable.

Another sector very affected by the pandemic, accommodation, would also be left out if people in Erte of the four 4-digit CNAE (5510, 5520, 5530 and 5590) are confronted with respect to the whole of the affiliation in the month of July measured in CNAE 2 digits (50).

The airline industry could be one of those to be saved. In August it had 5,500 workers in Erte, while in July, the assets were 34,000, which places it at the threshold. However, an increase in assets is foreseeable during the month of August, which could reduce the percentage to below 15%.

Some of the current ultra-protected CNAE of less dimension could also have doubts. Specifically, 9004 (management of theaters) with 714 employees in Erte in August and 7729 (rental of other personal effects) with 457 in Erte, could continue with exemptions.

In any case, of the 186,576 workers entitled to exemption on May 13, only 14,300 would comply with the 15% requirement, that is, 92% of the current workers exempt from contributions, would lose this right if the Government maintains the current one. measure it.