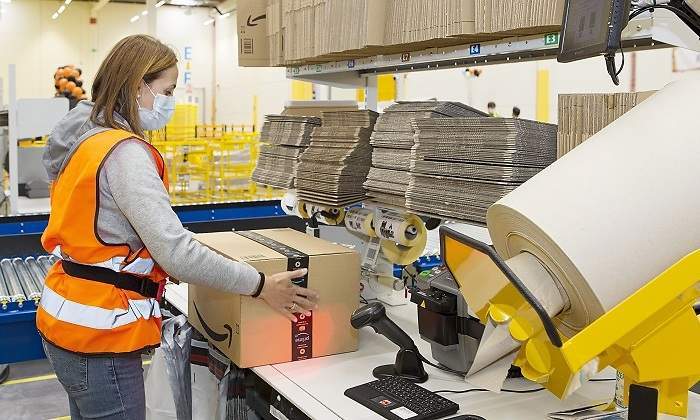 Amazon has gone one step further to try to keep the logistics delivery service of its competitors worldwide.

The company is carrying out improvements in its Multichannel Logistics (MCF) division in order to strengthen its business for third parties and, according to the Financial Times newspaper , it has launched different initiatives to avoid the restrictions imposed by companies such as Walmart or eBay, who try to avoid in every possible way that sellers who use their marketplaces use the logistics of the platform founded by Jeff Bezos

And it is that in the end, Amazon takes a percentage of the business thanks to the capacity of its storage and distribution network, which has doubled in the last two years.

Restrictions
To try to avoid this, Walmart Marketplace has for example explicitly banned the use of the MCF, while eBay and other firms strongly discourage sellers who use their channels.

Until now, many of these marketplaces did not recognize the Amazon logistics codes as valid traffic numbers, with which both sellers and buyers lost visibility on the location of their packages, which implied a bad shopping experience for the customer. .

A confusing experience
The underlying problem is also that all MCF orders were shipped in an Amazon-branded box so far, which also created a confusing experience when a customer had made a purchase on another website. “It causes confusion when people order something from Walmart and it is delivered at the checkout of another retailer,” admitted Carrie McKnight, a spokeswoman for Walmart, in statements to the British newspaper.

Since last June, Amazon has launched a program to circumvent Walmart’s measures , allowing sellers to store products in its centers, process and pack them in Amazon boxes and then, for a 5% surcharge, use a alternate carrier to do the last step.

It is a process that basically hides Amazon’s participation, except for the customer who receives the box with the platform’s smile logo, something that could also change very soon.

And it is that the online giant has also launched a waiting list for sellers interested in joining a pilot program that would place MCF orders in boxes without any type of brand or distinctive.

Service improvement
To improve the service, Amazon also announced in July that it will directly integrate MCF with BigCommerce, one of the main providers of management software for omnichannel sellers, that is, those who sell products in several stores at the same time. “Amazon is boosting its logistics capacity, so now you can use it as your external warehouse,” said Sharon Gee, CEO of BigCommerce at the time.

“Amazon Multichannel Fulfillment (MCF) helps you expand your business by giving you access to a world-class logistics management network, operational experience and trusted Amazon shipping options for all your orders, from anywhere, both in Amazon Services as in other sales channels, “they highlight on the platform.