Other Empires Of The Renaissance Bezos Beyond Amazon 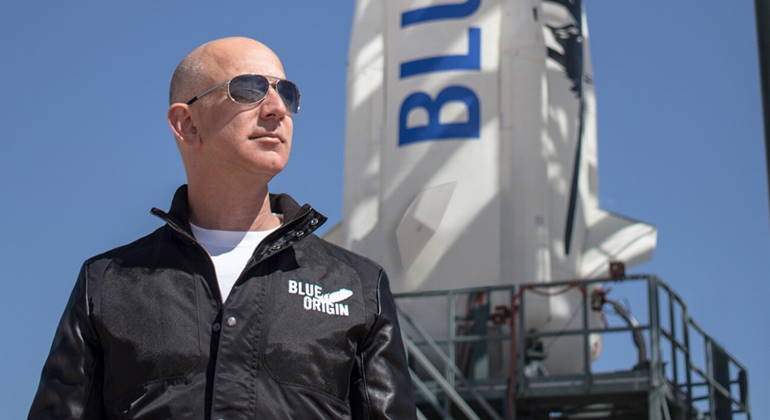 “The dangerous thing is not to evolve.” This is just one of the thousands of mantras that govern the life of the richest man on the planet. Some will say that it is luck, others that it is a genius but only Jeff Bezos is able to leave the reins of Amazon and fatten his plump fortune with another 8.4 billion dollars in a single trading day.

His good fortune this week coincided with the transfer of powers to Andy Jassy with the cancellation of the coveted Pentagon JEDI contract , a decision that pushed the share price of the Seattle (Washington) to new records, as well as the 211,000 million of dollars that fatten your wealth.

Mind you, let’s not forget that the wealthy businessman also attracted attention last month after a report by the ProPublica platform, citing leaked documents from the Internal Revenue Service (IRS), revealed that the billionaire paid a “real tax rate” of just 1.1% while his wealth increased by $ 127 billion between 2006 and 2018.

Bezos this week was stepping down the reins of the company he founded about 27 years ago that has grown into both a $ 1.8 trillion colossus and America’s second-largest private employer. Although the billionaire will continue to be closely tied to Amazon, as CEO of its Board of Directors, his attention now turns to his many ambitious projects .

In an employee blog earlier this year, Bezos confessed that he planned to spend more time on his side projects, including his space exploration company Blue Origin , philanthropic initiatives and overseeing The Washington Post , which he owns.

Since his childhood Bezos has proven to be a true polymath who has well emulated figures like Leonardo da Vinci. At the age of three he was already taking down his crib so he could sleep in a bed. At an early age he admired Thomas Edison and sourced parts from the defunct Radio Shack store for his inventions: homemade robots, hovercraft, a solar-powered kitchen, and devices to keep siblings out of their rooms.

Now, free from the shackles of managing Amazon, all your attention turns to space. This passion was already evident when he was only touching 18 years old and he already had ambitions to build space hotels, amusement parks and colonies for 2 million or 3 million people who would be in orbit. As a result of this vision, the 57-year-old businessman founded Blue Origin just over two decades ago.

Blue Origin, to conquer space
Headquartered in Kent, Washington and with 3,500 employees, the company develops space technologies designed to enable people to live and work in space. In particular, Blue Origin has developed reusable launch vehicles that use a rocket-powered vertical take-off and landing mechanism. Bezos has sold about $ 1 billion in Amazon stock a year to fund his operations.

Precisely, Bezos and his brother Mark will set sail for space, apparently without insurance due to accident or death, according to the New York Times, on July 20 in the first human flight of the New Shepard spacecraft created by Blue Origin. They will also be accompanied, among others, by an investor and a firefighter.

However, in his continuing battle with SpaceX , Elon Musk’s company, and Richard Branson’s Virgin Galactic , the latter will outpace Bezos, as he is scheduled to reach the edge of space over the New Mexico desert at first glance. Sunday morning time local time onboard VSS Unity.

To this day, Blue Origin has a contract with NASA for its Artemis program. The space agency announced on April 30 last year that Blue Origin, Dynetics and SpaceX were chosen to lead teams for a 10-month study worth a combined $ 967 million .

The biggest contract went to Bezos’s company, which raised $ 579 million. His team includes the collaboration of Draper, Lockheed Martin and Northrop Grumman . Together, these companies are working to achieve manned trips to the moon in 2024. That said, SpaceX takes advantage of Blue Origin, having already completed a successful launch last year that transported astronauts to the International Space Station (ISS) in 2020.

Multiple homes and investments
But thanks to the Holy Grail of his empire, the 10.3% stake he owns in Amazon, the founder of the company has a succulent real estate portfolio in which he has invested more than 300 million dollars . In addition to his Seattle-area home, Bezos has purchased homes in Los Angeles, DC, and New York. All this alongside more than 300,000 acres (1.2 square kilometers) in West Texas near the Blue Origin launch site.

This marvel also funded at least $ 42 million to the Long Now Foundation , which is working on a watch designed to last for millennia and will be installed deep in a mountain of its property in Texas.

Recent investments include GRAIL, a company that has raised more than $ 900 million to cure cancer before it occurs, as well as EverFi, an educational technology company. The billionaire also invests money on a personal level and was a “guardian” investor in Google in 1998, as well as in the early days of Uber and Airbnb.

From Business Insider to the Washington Post
Another hobby of the founder of Amazon watches the press. Through Bezos Expeditions, the billionaire invested more than 5 million dollars in The Business Insider , when the portal was still in its infancy. But his masterstroke came through Nash Holdings, the private company owned by Bezos that bought the Washington Post for $ 250 million in August 2013.

Bezos has brought a wealth of tech talent to the Post. Since completing its purchase, the newspaper has hired hundreds of people and throughout this year its writing will exceed 1,000 journalists . It has also developed a new content management system.

The Washington Post’s transition from a local print newspaper to a national media outlet came to fruition when editor Fred Ryan announced late last year that the newspaper now surpassed 3 million subscriptions, tripling its number since 2016.

Beyond business and investments, in February 2020, Bezos launched a new initiative, the Bezos Earth Fund , which will distribute $ 10 billion to fight climate change. The first grants, worth approximately $ 791 million , were distributed at the end of last year.

At the same time, there is also the Bezos Family Foundation run by his parents and funded by Amazon shares. His main focus is on education and he has invested millions of dollars in companies and startups like LightSail Education.