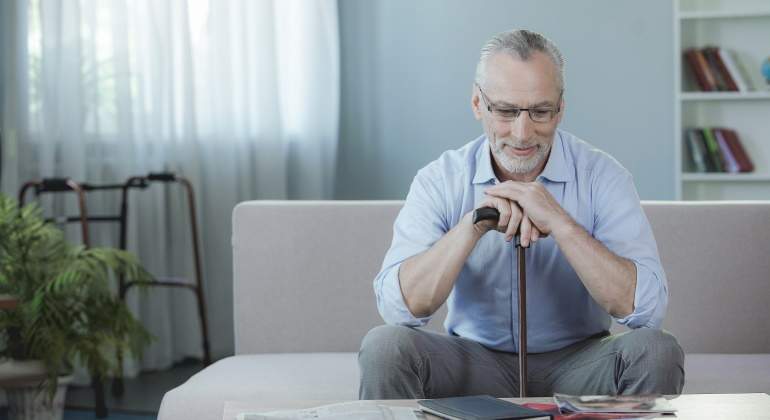 Pensioners with debts can see how Social Security seizes their pension to pay off the amounts they owe to their creditors. The fully legal mechanism is governed by a series of conditions that guarantee the economic coverage of the retiree, but point to the irreversible repayment of the debts they accumulate.

The Civil Procedure Law regulates this process and in its article 607 establishes that ” salary, salary, pension, remuneration or its equivalent, which does not exceed the amount indicated for the minimum interprofessional salary, is unattachable .” Thus, it marks the limit below which the pension cannot be seized: at the moment it is 950 euros per month (in 14 payments) or 1,108.33 euros per month (in 12 payments) of the SMI.

If the pension exceeds that amount, the pensioner is considered sufficiently protected to be able to garnish an amount of his pension and settle the debt with his creditors. The mechanism contemplates the seizure of different percentages of the pension depending on its amount:

-A 90% embargo of the pension after crossing the five times the SMI.

However, the law contains reductions to liens. Thus, pensioners who prove family responsibilities and have pensions lower than five times the SMI may apply a discount of between 10 and 15% of this embargo.

Also, there are two exceptions . The first of these is the case of debts for unpaid alimony benefits to the spouse or children in divorces or separations, in which the judge will determine the attachment to be applied to the pension.

The second one is more complex and refers to Social Security benefits improperly collected and subsequently claimed by the agency. Although in this case the regulations make it clear that pensions can be seized below the SMI, it is necessary to resort to jurisprudence, to a judgment of the Supreme Court in which the amount of the non-contributory retirement pension is set as a limit, 402, 70 euros a month in 2021.

In these cases, the text that regulates the percentages to be seized from the pension is Royal Decree 148/1996, of February 5 , which also establishes the seizure based on the amount of said pensions:

-Between 21 and 30% for pensions equal to or greater than half the maximum pension.

-Between 15 and 20% of pensions lower than half the maximum pension and higher than the minimum retirement pension for people over 65 years of age.

-Between 10 and 14% for pensions below the minimum retirement pension.