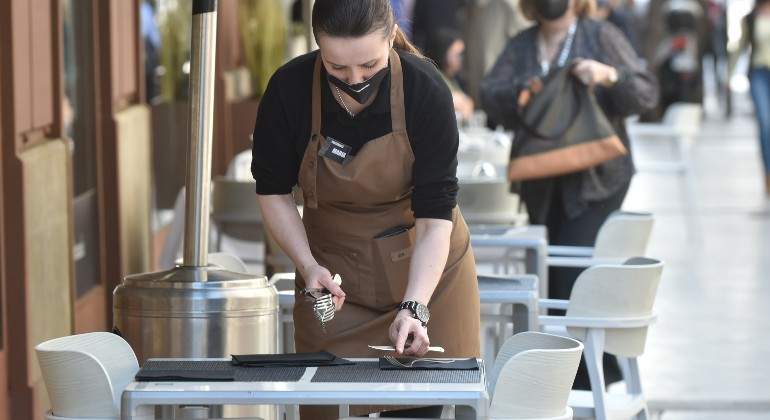 The Supreme Court has declared void the decision of the catering company Serunión to prohibit its workers from accepting tips from their customers in the five cafeterias it manages in Asturias, which have about 110 employees.

The ruling of the High Court considers that this prohibition constitutes a substantial modification of the working conditions that must follow the procedures of article 41 of the Workers’ Statute.

The judgment considers an appeal by CCOO against a judgment of the Superior Court of Justice of Asturias and declares the right of the people affected by the collective conflict to continue receiving tips from the clientele, without excluding those who are labor related to the company with temporary contracts, since until now tips were distributed only among permanent workers.

For the Supreme Court, “neither the extra-salary nature of the tip nor its dependence on the will of third parties prevent the possibility of receiving these benefits from clients from being considered as a true working condition.”

The company in question, Serunión, manages five collective catering establishments in Asturias, most of them hospital cafeterias, and, after examining the results of an internal audit, agreed to ban “tipping cans”. On November 5, 2018, he informed various members of his staff that it was no longer possible to accept tips, in addition to many other measures.

“Tipping is not allowed”
From then on, the phrase “tips are not allowed” appears on the cashier’s tickets and a sign indicates that “our best reward is for you to visit us again, that is why we do not accept tips”. As stated in the ruling, the permanent staff had been obtaining an annual average of 90 or 100 euros in this way.

The Court considers that “the existence of a written notification to the workers by the company in the terms contemplated in the current legislation has not been proven.”

For the Supreme Court, the Asturian Court “has deduced from the extra-salary nature and from the free ontology of the tip the impossibility that it constitutes a work condition whose alteration must be subject to the rules of such figure”. However, the High Court understands that the union’s appeal is right “when it postulates that the labor condition exists, but understood as a business tolerance for the clients to pay tips.

“The elimination of this profit opportunity by the company constitutes a relevant change, not so much in its economic dimension (always uncertain) but in aspects related to the work environment and the existence of incentives or honorary rewards,” he explains in the ruling .

Although the Supreme Court considers that “the company can validly agree to prohibit its staff from being rewarded by the clientele, it must follow the procedure established for that purpose by article 41 of the Workers’ Statute, because it is faced with a working condition whose elimination it has relevance from different perspectives. “

The Prosecutor’s Office reported in favor of the estimation of the CCOO appeal, concluding that “the business decision to prevent or prohibit tips is a substantial modification of the working conditions in the hotel / restaurant industry that, as such, should have followed the procedure legally foreseen for its modification “.

Particular vote against
The sentence has the dissenting vote of one of the five magistrates who signed it, who considers that the union’s appeal should have been dismissed, considering that “the employer could make his decision without having to resort to the procedure provided for in article 41 of the Statute “.

To this end, it alleges that it was a condition of the relationship with its clients and that the effects of such decision on permanent workers was small and significant, which makes it impossible to consider it a substantial modification of working conditions.