Yolanda Díaz Assumes At Least Another Extension Of Erte Beyond September 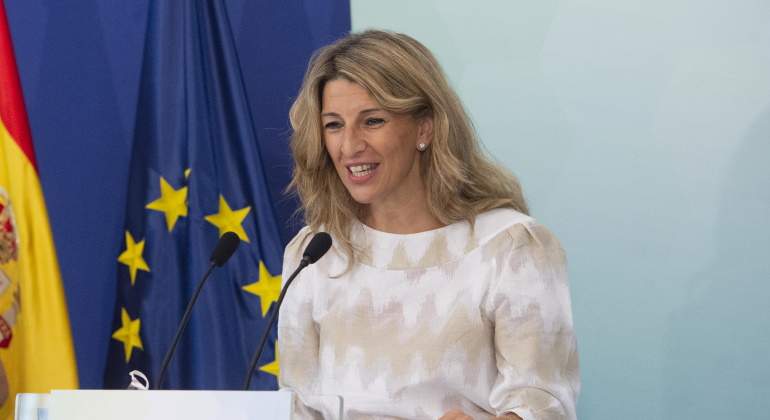 The third vice president of the Government and Minister of Labor and Social Economy, Yolanda Díaz, has guaranteed that “without a doubt” the temporary employment regulation files (Erte) will be extended beyond September if necessary because “it makes no sense to leave drop “now this system.

In statements to RNE , Díaz has considered that the effects of the pandemic on international tourism will make necessary, “unfortunately”, a new extension of the Erte ( currently extended until September 30 ) so that before the end of September he has advanced that the Government and social agents will meet again “to give certainty” to companies and workers.

“I hope I can say that it is not necessary, but if necessary it will be deployed and hopefully I can appear to say that it is the last extension,” said the minister, who recalled that in the labor market reform that is being discussed with the agents social institutions, a structural mechanism is going to be implemented that will act in a similar way to the pandemic Erte to avoid layoffs in companies.

It is about the Employment Sustainability Mechanism (MSE) , a kind of structural Erte -not temporary, like the one created in the pandemic- and that will require the approval of the labor authority, as contained in the latest draft that Labor has delivered to the social agents at the table negotiating the labor reform and to which Europa Press has acceded .

The idea of ​​Work is that companies and entities of any sector, instead of resorting to layoffs, can reduce the working hours of their workers through the MSE when they see activity impeded or limited “for reasons of an unpredictable nature, beyond their control. business, whatever its cause. “

Unemployment data give rise to optimism
Regarding the unemployment and affiliation data , the vice president has indicated that “these days continue on the same path” as in June and that “they allow us to glimpse a certain economic recovery” and has indicated that “we are finally seeing the light at the end of the tunnel. They are still worrying in structural terms, but we have an unemployment rate that is lower than the entire historical series with the biggest crisis in the world. “

Although the trend is positive, he recalled that August is traditionally a bad month for employment. In any case, the vice president has insisted that this crisis has shown that the protection policies deployed by the Government have made it possible to return to pre-pandemic figures “almost in record time”, in contrast to the austerity policies carried out by the PP in the financial crisis and with which it took “ten years and eleven months” to get out of the crisis.