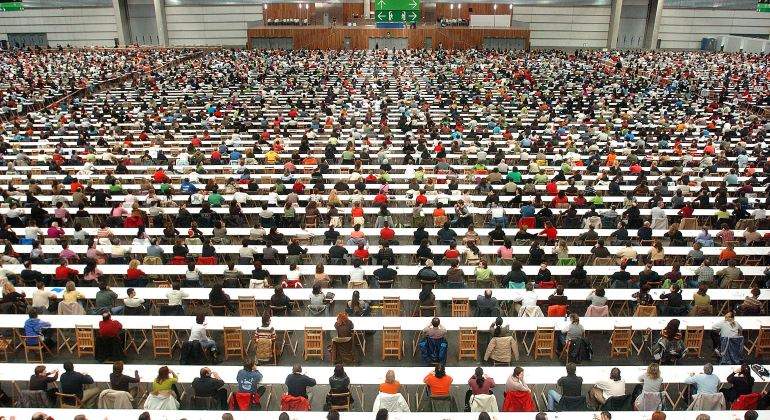 The Ministry of Labor and Social Economy, in its objective of combating the high rate of temporary employment in Spain, has proposed that seasonal or campaign-related jobs cease to be covered with temporary contracting modalities and the fixed indefinite contract be used instead -discontinuous . In addition, he wants companies to prepare an annual census with their permanent-discontinuous staff.

According to the last draft that Work has delivered to the social agents at the table that negotiates the labor reform, the permanent-fixed-discontinuous contract will be the one that is entered into for the performance of work of a seasonal nature or linked to campaigns; for the development of those that do not have this nature but have dates with a certain but undetermined call, and for work consisting of the provision of services within the framework of commercial or administrative contracts that, being foreseeable, are part of the ordinary activity of the company .

In this draft, the Department headed by Yolanda Díaz gives a new wording to the regulation of the fixed-discontinuous contract, which should reflect, among other things, the order of call of the workers.

The text leaves the legal regime of this contract in the hands of a subsequent regulatory development , and that regulation will be where the objective and formal criteria are established by which said regulation will have to be governed in the absence of which it is not provided for in the application agreement. .

Labor also wants to establish in a regulation the obligation of companies to prepare an annual census of permanent-discontinuous workers, which must guarantee, in any case, their right “not to suffer damages” if they do not respond to the employer’s call due to coincidence with other jobs, with training activities, absences with the right to reserve a job or with the exercise of their right to conciliation, among other justified causes.

Persecution of the temporary contract not justified
The Government’s proposal starts from considering that the employment contract is presumed to be concluded for an indefinite period and that only a temporary one can be made “for reasons of a productive and organizational nature”, that is, in the face of an “occasional and unpredictable” increase in demand the company cannot cope with its usual staff or to replace a worker, as long as it is specified who is being replaced and why.

In no case, the Government points out, may the performance of work of a seasonal nature or linked to campaigns be understood as a productive cause, which must be covered through indefinite fixed-discontinuous contracts.

Nor could the fixed-term contract be used to attend to work related to the normal and permanent activity of the company, or to carry out work or tasks within the framework of contracts, subcontracts or administrative concessions.

The Government’s proposal, which is subject to changes in the framework of social dialogue, establishes that if the fixed-term contract is for productive reasons, it may not last more than six months, although it may last a maximum of one year if so It is determined by the sectoral agreement of application.

In the event that the contract had been concluded for a duration less than the legal maximum, it is proposed that it can be extended for a single time if the parties agree, but without the total duration of the contract exceeding the established maximum duration. .

In the event that the temporary contract is due to organizational reasons, the Government proposes that its duration be extended until the reinstatement of the replaced worker. However, if 24 months elapse without the reincorporation of the person replaced, the person hired on a temporary basis will acquire the status of permanent.

Except in the case of public employment, the Government proposes that in no case the organizational reasons allow the filling of vacancies, resulting in the termination of the contract exclusively due to the reinstatement of the replaced worker.

According to the proposal, those who have not been registered with Social Security will also acquire the status of permanent workers; those who have not received a written contract, or when the enabling reasons for the temporary contract and the specific circumstances that justify its completion, as well as its connection with the expected duration, have not been specified in the contract.

As in the current norm, this modification of conditions must be preceded by a period of consultations with the legal representatives of the workers, although the draft establishes a new term for these consultations (from less than 15 days it is changed to 15 days, extendable by agreement between the parties) and regulates the representative committee of the workers that will negotiate with the company and will be made up of a maximum of seven members from each of the parties.

In addition, the proposed text introduces as a novelty that if there is no unitary representation in the workplace, said commission will be made up of the most representative unions.

MSC, the new Erte
The text anticipates how the Employment Sustainability Mechanism (MSE) will be, a kind of structural Erte -not temporary, like the one created in the pandemic- and that will require the approval of the labor authority.

Work wants that through the MSE companies and entities of any sector, instead of resorting to layoffs, can reduce the working hours of their workers when they see activity impeded or limited “for reasons of an unpredictable nature, beyond the business will, whatever be their cause. “

As in the current Erte, the application of the MSE will require the assumption by the company of a commitment to maintain employment and the prohibition of working overtime, outsourcing activity or making new contracts.

It also establishes that workers affected by the MSE will be considered a priority group for access to training initiatives. The Government gives itself a period of three months to carry out the regulatory reforms that guarantee said priority.

The MSE will be financed by a fund that will be fed annually by contributions but also by the resources contributed to the Public Treasury by companies with more than 100 workers who make redundancies or, in the short term, by European funds from the SURE and the Mechanism of Recovery and Resilience, as well as unemployment insurance that may be created in the future in the EU. In any case, the draft gives a period of six months to approve the regulations of the MSE and the operation of this fund.