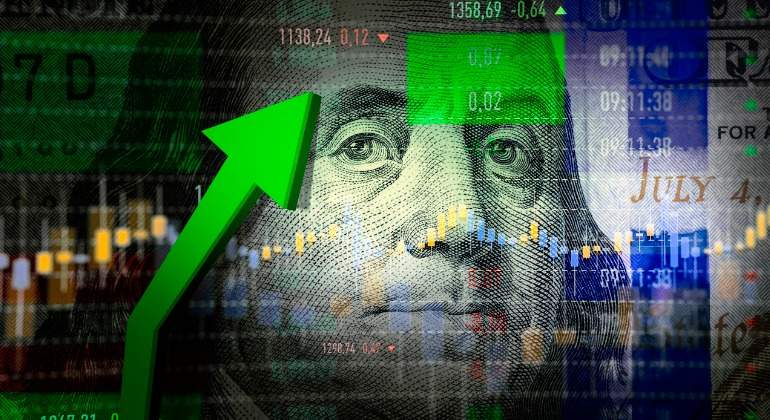 For months, investors, through the Bank of America survey, had been warning that inflation was becoming an increasingly greater risk. But in the survey of fixed income investors, inflation has already been ranked as the biggest concern and they rule out that it is temporary. The market is especially concerned about the 40% increase in the price of food, and the political instability that it generates.

The bubbles and the evolution of the covid have taken a backseat on the wall of investor concerns. Inflation is positioned as the main protagonist and “big” , says the Bank of America report that includes the survey. 30% of the investors surveyed point to the evolution of prices as the biggest fear, something that has not happened since April 2018, in the Credit Investor Survey that Bank of America conducts every two months among its clients.

The most important thing is not the percentage, it is the arguments they use to put it in the first place. The anguish about inflation no longer has to do with current data, the price of raw materials or the expectations that the market manages, which are considered as ” transitory “, but because of the price that food has reached in the world.

The UN agency for Food and Agriculture, FAO, issued a serious warning at the beginning of the month about the increase in prices of basic food around the world. Its price index increased 39.7% in May to reach 2011 levels .

The pandemic only temporarily averted the perfect storm over the food sector, the organization explained. China’s voracity for basic grains, such as wheat, or soybeans, products that serve as a food base for much of the world and for the meat industry, the severe drought in Brazil, one of the main pantries on the planet, and the skyrocketing prices of vegetable oils to meet the energy demand for biodiesel are behind a historic increase in food prices.

The fear of the recession and strong falls of the stock market disappear
The report highlights that concern about a global recession has disappeared in investors’ minds. And that a large percentage suggest that the peak of growth is already very close. 35% see that the cycle will reach its maximum level in the fourth quarter of 2021 , while 29% say that it will be the first quarter of next year. Among the reasons they put forward is the prospect of a withdrawal of fiscal and monetary support.

“There are already many signs that economic support in the face of the pandemic is firmly in decline,” they say from Bank of America. “Fiscal policy measures are nearing an end and global money supply growth is fading, with the expiration of the cycle and the PEPP (ECB’s Pandemic Emergency Purchasing Program) approaching its end date, we believe that the fourth quarter is set for a more pronounced period of credit facility decompression, “they warn.